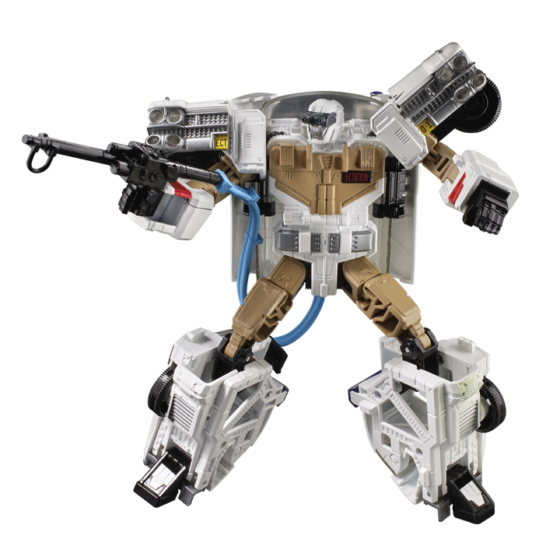 This year is the 35th anniversary of Transformers and of Ghostbusters and for the first time ever these two properties are collaborating. A new figure is being released in a classic G1 style box. The character will be called Ectotron and will transform into the iconic Ghostbusters Ecto-1 Ambulance. Not content to simply make a new figure, this character will get his own origin story in a 5-Part mini-series from IDW in June. The figure can be pre-ordered now at HasbroPulse.com and will be sold at GameStop in the US and EB Games in Canada. The full press release is below. END_OF_DOCUMENT_TOKEN_TO_BE_REPLACED 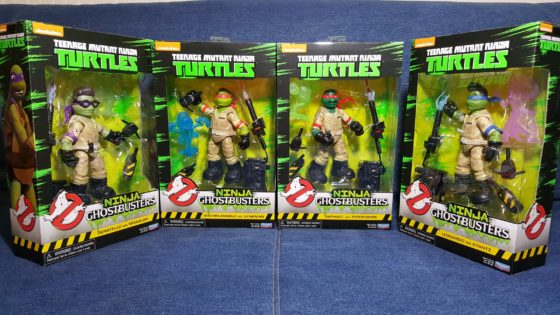 I received these collector’s edition Teenage Mutant Ninja Turtles – Ninja Ghostbusters from Playmates Toys for free to play with and review. Opinions are my own. I decided that I would unbox each of these figures in a live unboxing on Facebook.

I am a big fan of the Teenage Mutant Ninja Turtles. I also enjoyed Ghostbusters when I was a kid. Both properties got their start in 1984 and both have teams of four that are based in New York City. Those are just some of the similarities that I found as I began unboxing these figures and talking about them in the video below.

The Turtles and the Ghostbusters made for a good crossover set of figures. I also think that the matches of characters with turtles was well done. Having Donatello be Egon was perfect. Donatello is arguably the smartest turtle while Egon is the smartest Ghostbuster. Raphael was Winston Zeddemore was also perfect in that Winston was more muscle for the group and Raphael is as opposite to Donatello as you can get. Winston was not a scientist and neither is Raphael. You pretty much just point Raph at a problem that the other guys can’t solve and he powers through it. That is what I think of for Winston. He was tougher than the other guys. Then you have Mikey as Peter Venkman. Venkman doesn’t take anything seriously and comes out okay. The same can be said about Mikey in his personality. The only turtle that doesn’t seem to fit right is Leo with Ray Stanz. Ray is not the leader of the group but Leo is. I’m not sure about this pairing but since the other three make perfect sense then this one had to be as it was by default. 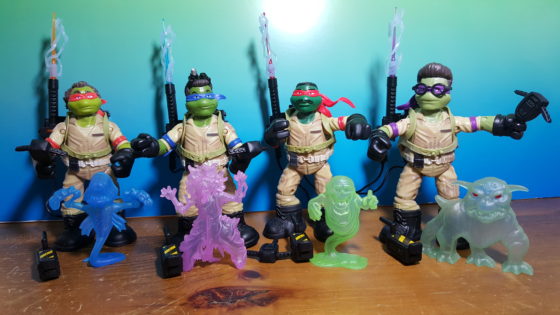 The figures are solidly made. They have great accessories. The one thing that I do have an issue with is their grips. The guys each come with a proton pack and “spectral blaster” (aka the Neutrino Wand), a PKE Meter, Ghost Trap, and a unique ghost from the movie. The problem is I cannot get anything except for the PKE Meter into their hands. The Neutrino Wands do not fit for me. My friend James over at the Rock Father had far better luck and I did, and way better photos, too. You can check out his #31DayOfHalloween Post TMNT Ninja Ghostbusters are Ready to Believe You!. I don’t know. Maybe I was being too gentle with the toys and they obviously can hold the accessories. I’ll have to try again. Meanwhile you should try and find these guys at Target because that is where they can be found as they are exclusives to that store. Make for great Christmas gifts.