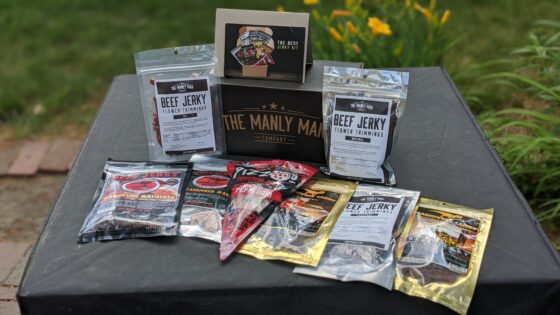 The folks from The Manly Man Company® sent me a free sample of their jerky in the form of The Best Jerky Gift Box. Opinions are my own.

Now the reason I did not say Beef Jerky was that The Best Jerky Gift Box contains not only beef jerky but bacon and pepperoni jerky. I’ve never had the pleasure of trying either but I am very excited about it. The Best Jerky Gift Box retails for $65 and contains a bunch of different jerky in various flavors. Contained in the box I received there were eight packages of jerky. They were: 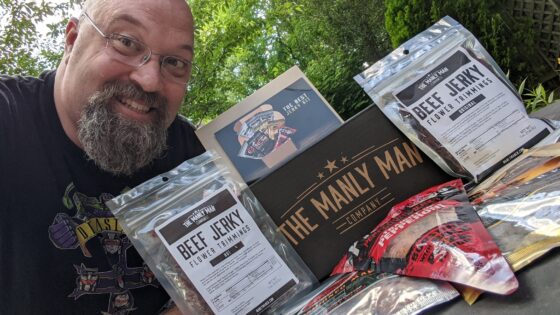 You might be thinking to yourself, as I was at first, what are Flower Trimmings? Well, in addition to some great gift baskets for men The Manly Man Company® also does Man Bouquets. They make flower bouquets out of their jerky. The one item that has me totally salivating over here is their BACON ROSES + Dark Chocolate gift box. These are a dozen maple candied bacon jerky roses dipped in dark chocolate. No wonder it is already sold out! So then, now you know what flower trimmings are, they are the trimmings from all of those jerky flowers that are made for the bouquets.

There are plenty of great gift ideas for the men in your life on this site. The package I received had many different jerky in resealable packages so I can easily sample from all of them and seal them back up to enjoy again when I have a moment to relax and enjoy some quiet time and well crafted jerky. I did try quite a few of them and wow, I really like the Old Fashioned Maple Bacon Jerky and the Pepperoni Jerky.