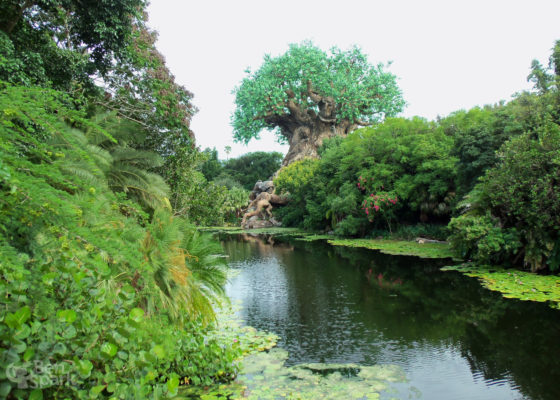 Today Allison, Eva and I went to Disney’s Animal Kingdom. We were joined by Mimi and Grandpa Dano as well as with Auntie Mo. We drove over this morning and went right to the Safari Ride. We were able to see many of the Giraffes and other animals because it was very early in the morning and they had just eaten. I was able to get a few decent photos but those jeeps bounce all over the place and my DSLR is just not fast enough. I was also on the wrong side for best viewing, I seem to always do that.

After our safari ride I checked us in to the Tusker House for a Character Breakfast. We were lucky and they accommodated Mimi and Grandpa Dano too so we could all eat there. The host of this breakfast was Donald Duck and he brought along Goofy, Daisy and Mickey Mouse. Eva was excited to see Mickey again. I think she is most excited to see Mickey out of all the characters including the Princesses.

We caught up with Auntie Mo after breakfast and then went to see the Lion King show as well as the Little Nemo one. Eva feel asleep during Nemo. Before that however, we went on the flying Triceratops. Eva also got her photo taken with Goofy and Pluto. Allison, Mo and I went to see It’s Tough to be a Bug and then watched the parade as a family. We made one more loop around the park and then headed for the hotel.

Animal Kingdom Park closes early and that made it perfect for us to go back and relax at the pool. After we had done all the swimming that we wanted to do we had some dinner. Using the Disney Dining plan we were able to get two pizzas and desserts as well as drinks for everyone. We sat out by the pool and talked and had fun, it was very relaxing. Eva was going to go back with Mimi and Grandpa Dano tonight but I guess she missed us because she decided to stay at our hotel. Over the past 7 years I have amassed a good deal of desk junk. No, not papers and notes and things like that. Nothing “work related” per se. No I have probably one of the most elaborate desk set ups in the entire office. If you can’t tell the theme, let me give you a hint “More Than Meets The Eye”.

I’m moving my desk to another building entirely. The other building has an entirely different feel, not so, how should I say this “laid back”. So on Friday I’m bringing in two plastic “bins” to pack up all of my toys. Then they will spend some time int he attic until such time as I either have my own office at home or at work or just someplace to put them back out. There is so much there, my Harley Pins (Which I may take with me), all my Transformers (into the bin with them), and many other things. Here are some more high res photos so you can really see what is going on on my desk.