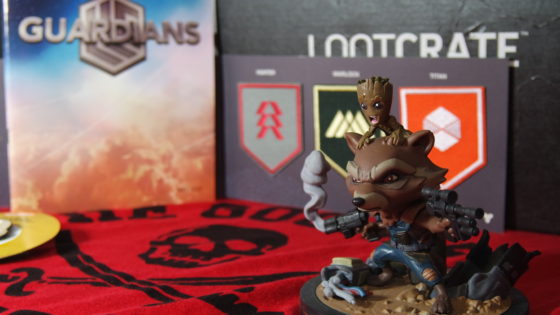 I bought this Loot Crate, this is the first one that I have purchased in four years. I had been an influencer up until last month. It was a great gig. I started promoting Loot Crate when the company came on the scene. In that time they have grown into a tremendous company with several different crates. I always had a core crate sent to me for free to unbox and promote. The thing is, I didn’t change with the times. I did not switch from promotion to selling. I guess I kept thinking of Loot Crate as this small operation that needed people like me to promote it. But it exploded and there are tons of people doing unboxings and bringing in sales. I do not do that as well. I have an affiliate link https://benspark.com/LootCrateDX and a promo code that saves you on your purchases. That is BENSPARK at Checkout.

I wanted the Q-Fig of Rocket and Groot from this Crate so I bought a 3 month subscription.

This month’s crate was pretty sweet. It had items from Guardians of the Galaxy, Destiny, Star Wars and The Goonies, plus the pin was Avatar the Last Airbender. Here is the full unboxing. 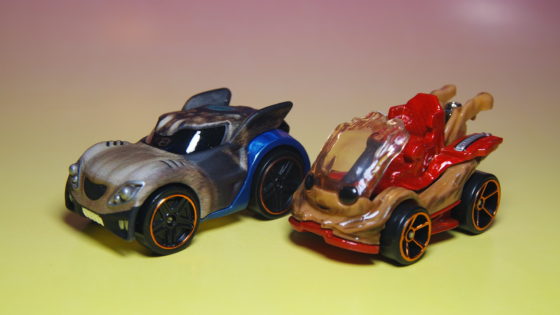 The other day I found the new Rocket Raccooon Hot Wheels Character car at Target. This is the second Guardians of the Galaxy Vol. 2 car that I have found. I’m on the hunt for other ones like Yondu, Nebula and Mantis but am happy that I found Rocket. This is a new redeco of the car with a more Blue and other dark colors theme to it that reflects his look in the new movie. I also decided to open the Baby Groot Go-Kart car as well. This one has a Groot face on it and then long tendrils off the back with red Ravager uniform accents to it. These are both decent cars. Check them out up close in the video.