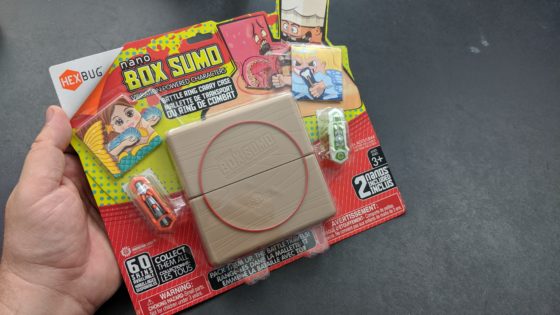 Last Friday I was a part of a fun Twitter Party for new HEXBUG toys. This was a Twitter party with HEXBUG and The Toy Insider. I do these from time to time and sometimes the companies send me toy products to review. Had I been home I would have had this review up to share on the party. I’d also have had the video below ready to go and share during the party. We did the Box Sumo toys and they are so funny. We’ll do a Micro Titans review another time. Check out our review of the HEXBUG Box Sumo toy in the video below.

You can pick these up at target but if you are so inclined you can purchase them through my Amazon affiliate links below. It costs you nothing extra but it helps us out. 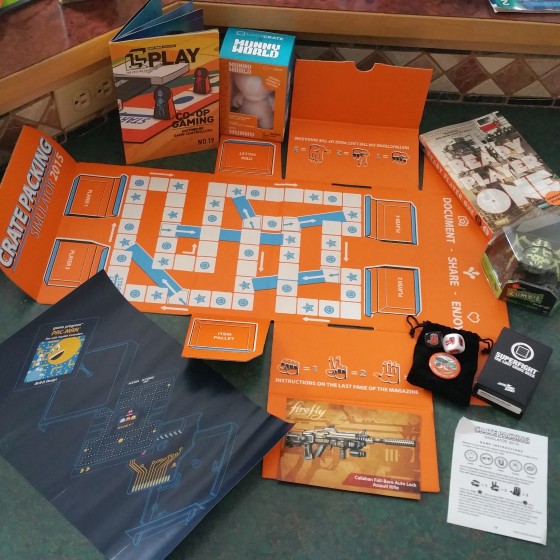 My latest Loot Crate arrived today. The theme of it is called Play. The Loot Crate box itself doubles as a game board for a very special game called Crate Packing 2015. The magazine has punch out game pieces and figures. A pair of dice also came in the crate and those can be used with the fame or also to play a form of rock-paper-scissors. A Loot Crate themed deck of Superfight was also included. I’m looking forward to playing these specific games.

The crate also included a blank Munny World figure with washable markers. Also a Hexbug Zombie scarab figure. Also included was a Pac-Man mini poster and a copy of the book, Ready Player One. Table top and card games weren’t the only ones included. there was a special code for the Firefly Online game. a pretty great set of items from Loot Crate. 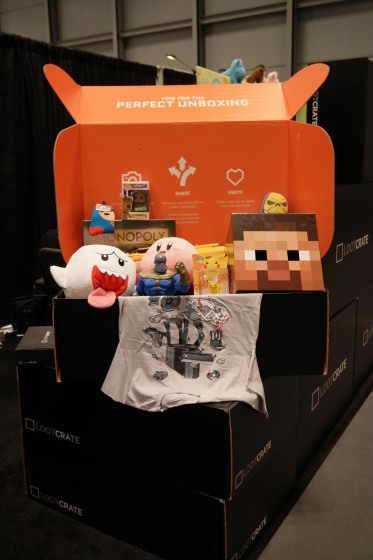 When I was at Toy Fair I got to have a nice conversation with one of the Loot Crate Co-Founders, Matt. There are so many great things coming from Loot Crate. I can’t wait to see what happens.