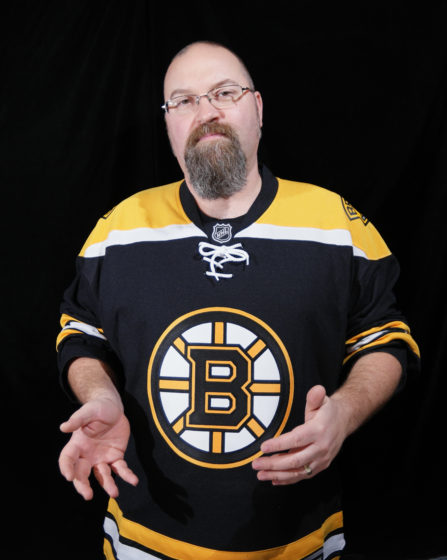 Today I got to wear my new Boston Bruins Jersey that I received from IceJerseys.com. The folks there were nice enough to provide me with a $100 credit toward anything I wanted and I wanted this great looking hockey jersey. I’m from New England and so I’m a fan of proximity. I’m also not a big sports guy but a Bruins Jersey is something I’ve wanted so I kicked in an additional $30 to get this particular one. You can find this particular jersey at this link – Boston Bruins Reebok Premier Replica Home NHL Hockey Jersey. You can see more of the Jersey in today’s video.

I also received a fun bucket from Wonderful Halos. They sent me some fun things to celebrate the new year. I’ll show you more about that in a later post or on Instagram.

While I was out today I found some great new Hot Wheels Character cars as well as some very cool looking Teenage Mutant Ninja Turtles figures from MEGA Bloks. The character cars were some DC Superhero Girls and an Elektra one. 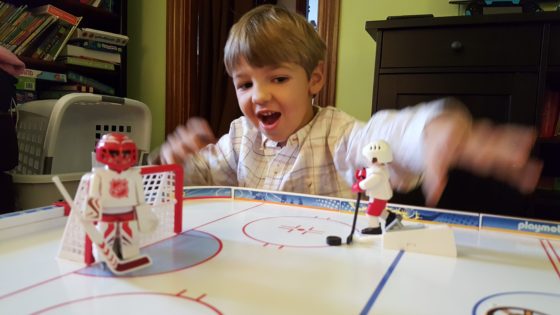 We received a Playmobil NHL Hockey Arena to play with and review. Opinions of the arena are 100% my own.

While we are not the biggest sports people around, we do enjoy sports toys. When we were offered the chance to review the Playmobil NHL Hockey Arena we were so excited to try it out. Andrew was jumping all around wanting to play as soon as I opened the box. Putting it together was very easy with minimal directions. That is a great thing about Playmobil toys, they consistently go together quickly and easily. I was done with the major assembly in less than 15 minutes. Then I applied the stickers one half of the arena at a time so that Andrew could play with the hockey players while I worked.

Speaking of stickers, the hockey arena has official NHL logo stickers and logo decals of all the 30 NHL teams. The toy looks sharp. I applied one of the Bruins’ logo decals to center ice as well as another NHL logo. Now I’m thinking that we should be on the lookout for some more Bruins players to play with. I made a little video of us using the Playmobil NHL Hockey Arena.