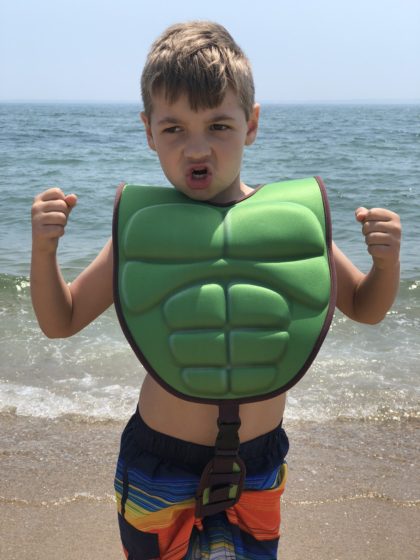 When you get Summer products to review in the Fall and Winter you often forget about getting that review posted. This was the case with the Swimways Avengers 3-D Swim VestTM. We received a Large Hulk one for free for Andrew to test out and use. Opinions are our own.

This past week we were on the Cape for the 4th of July and we spent plenty of time at the beach. Our beach now allows kids to wear swim vests and play on floats and more. This is something that we were excited about because Andrew isn’t the strongest swimmer but he does like to get out there and swim. There is always one of us in the water with him at all times watching to make sure that he is safe. With the Swimways Avengers 3-D Swim VestTM he can be much more independent swimmer. That is great for me because he isn’t hanging all over me, kicking me and grabbing on my already sunburned back. END_OF_DOCUMENT_TOKEN_TO_BE_REPLACED 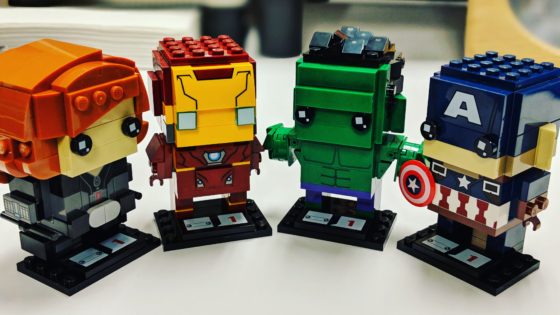 I’ve seen the LEGO Marvel Brick Headz out there for months and I even picked up Iron man early on. I also picked up the Disney Belle one and so each of the kids got a Brick Heads character. The line didn’t do that well because now they are all over clearance at Target and because of that I finished out the collection of Marvel ones. Actually I finished out the collection for both me and Andrew. So I guess I didn’t really save much since I have my own figures and so does he. The last one that he didn’t have was Black Widow and I wasn’t finding her anywhere but found a bunch of them for $4.98 at Target tonight so Andrew has a full set, too. I found Captain America the other day and he made that on Friday morning before he came in to wake us up. Actually, no, he came in to have us cut open the bags and then he built it. So he still woke us. But, I was proud of him building the figure on his own.