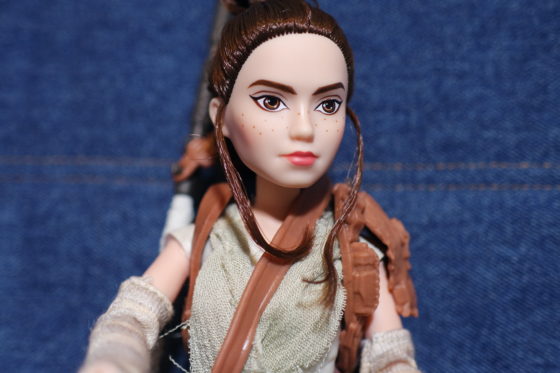 Hasbro sent us some of their Forces of Destiny Toys for free to play with and Review. Opinions are 100% our own. Affiliat eLinks are contained within this post.The Forces of Destiny line of toys is based on the web series on YouTube. These are a series of shorts about the women of the Star Wars Universe. The dolls are not only the women, however. There are droids and there is even a Kylo Ren doll and a Chewbacca one. But, for the most part these are female figures. Much of the voicework on the series is done by the people who play those characters in the movies and on the cartoons like Star Wars Rebels. 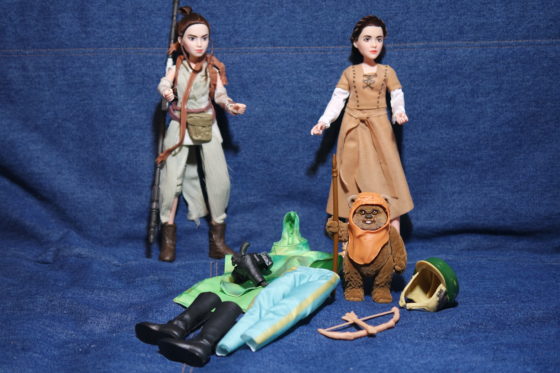 We received a Rey figure and then two Princess Leia ones. I let Eva keep two of the figures and are including the third one in our annual Christmas is for Kids donation. Eva chose to keep the Rey figure and the Princess Leia with Wicket set. When I told her who played Wicket, Warwick Davis, and that he also played Professor Flitwick in Harry Potter movies she flipped out. Eva is a huge Harry Potter fan and Star Wars is her second favorite. Finding a bridge between the two worlds made her day. She helped me make a little video about the toys.

END_OF_DOCUMENT_TOKEN_TO_BE_REPLACED 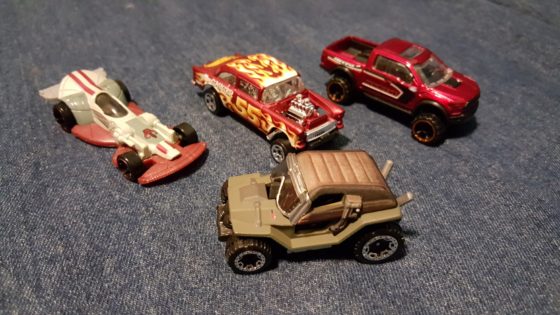 I found the Jyn Erso Hot Wheels Character Car at Walmart today along with a few other cars. I found a couple of cars that I liked but were not character cars. There was another Hot Wheels ’17 F-150 Raptor as part of the Hot Trucks line. I have a few of them and this one is red. I like the different trucks that Hot Wheels has made so when I find them I pick them up. I also saw a ’55 Chevy Bel Aire Gasser. This is part of the Hot Wheels Flames series. The last car that I picked up was the Slave One Carship. I’m not totally sold on the whole Star Wars Carships series but Slave One looked really good so I got it.