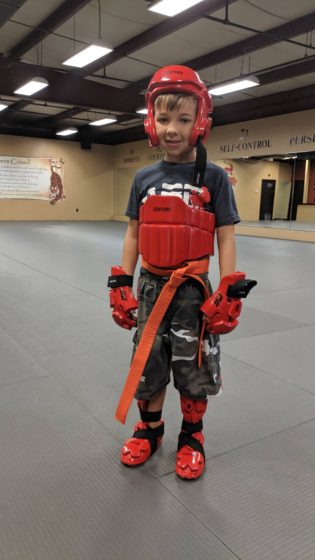 Three years ago Andrew began his Karate Journey. We’re not the sports minded family. Even if we were I am never home on the weekends so I’d miss out on tons of soccer and baseball games. We had to do something with Andrew. Eva already had dance and theater. He says that he is not interested in theater but he’s always putting on a show so I don’t believe that for a second. So we enrolled him in karate after he had gone to a buddy week with one of his friends.

Andrew started in Mansfield and we went there for the first two years. He took a month off last Summer because we went tot he Cape and then when he came back we went back to Mansfield for a bit but had to move him to the North Attleboro location because the drive twice a week was becoming a huge hassle, especially when North Attleboro was down the street.

So he began training in North Attleboro and he received his black belt in Little Dragons karate. This moved him over to the Karate Kids classes. He is now an Orange belt. He’s sparring, learning self defense in addition to karate and becoming more confident and strong with each class. He’s still a ham and acts silly, but we see the improvement he’s been making.

The image on the left is what prompted me to talk about this today. 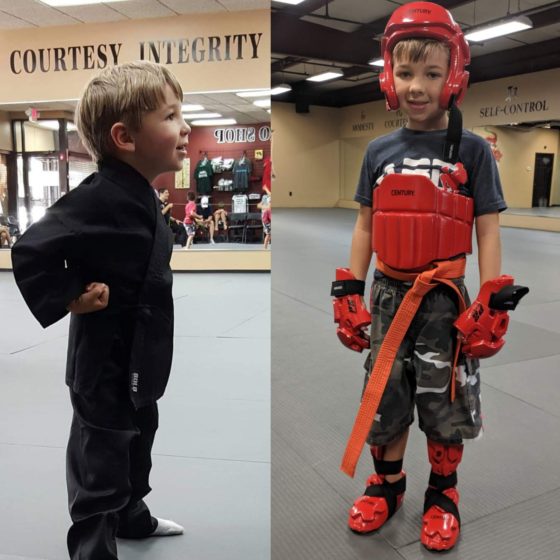 I wonder what changes are in store for Andrew in the next 3 years. 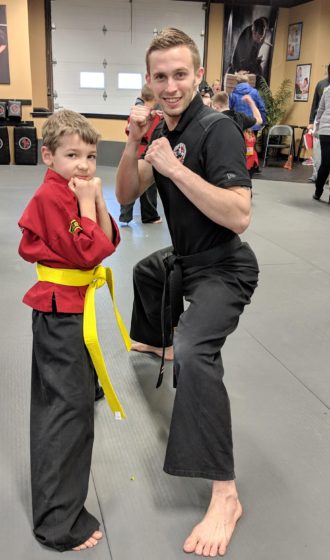 Andrew has graduated from Little Dragons to Karate Kids. His past three and a half years of training has been paying off. We are so proud of his hard work. He’s been going to training twice a week and learning as much as he can. After his graduation he took photos with all of his instructors and the black belt students who assist with classes. This is Mr. Brochu. He has been training Andrew since we moved to the North Attleboro America’s Best Defense location. He also trains me in Krav Maga. We are enjoying being at this location with such nice people.