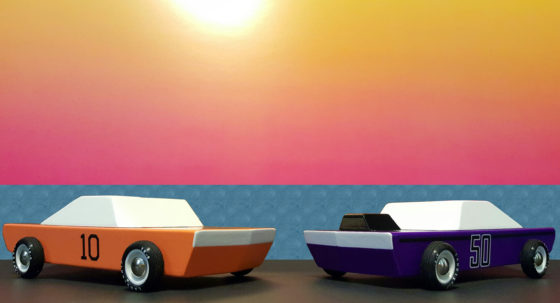 At Blogger Bash NYC and #SweetSuite17 I ran into Vlad and his display of Candylab Toys Awesome Wood Cars. They truly are awesome all around. The designs are simple and yet invoke a feeling of something more. The toys are built well, designed beautifully and roll along quickly and quietly on rubber tires. I was instantly drawn to the Candylab Toys booth because of the Plum50 so when I was asked if I wanted to review the toys I knew that was the one I wanted. I asked Vlad if I could review that one and also mentioned that I liked the GT-10. It reminded me of a certain orange muscle car with the number 01. He said that he’d send me both and I was very excited about that.

I’ll be taking these toys to the Cape with me and I hope to get some fantastic shots with these cars. I did try to do a sunset shot with the cars in the image above. 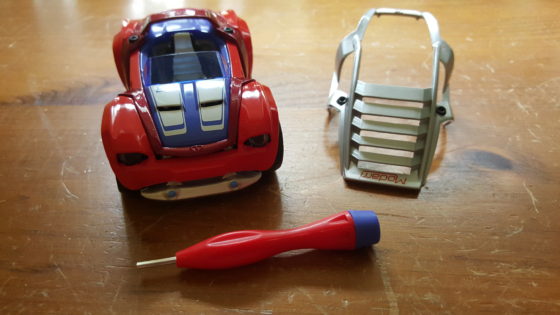 The other day I received a box in the mail from Thoughtfull Toys. They are the makers of Modarri cars. I’ve been excited about Modarri cars ever since I heard about them. I’ve backed three Kickstarters for the company and have even done a number of reviews of the products. In one of the last Kickstarters there was a thing called the Quarter Car Club. I already received one full car and yesterday the package that I received the beginnings of another car. It is a fastback frame. I love this new frame.