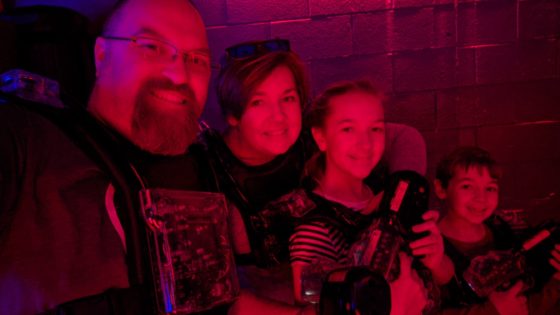 A few years ago I went to Extreme Craze in Westborough. When I was there I was talking with the owner who mentioned that he was trying to get approval to open an Xtreme Craze in Foxboro. Well, it looks like they got it because I received an email a few weeks ago saying that they were having a soft opening and we could go for free ($5 a person but we got that back in the form of a card for video games.). I signed up to go thinking that this would be some sort of little event with a few people. I was wrong on that one. this event was widely publicized and the place was packed. We signed up for Laser Tag and I didn’t realize that it was an either or sort of situation because we were unable to go on the inflatable course. Luckily Andrew was a trooper and didn’t get too upset. We played a game of 4 rounds of laser tag and how a lot of fun. Andrew did really well, too. I hit a decent stride but could have done better. Allison and Eva also did well. Eva did much better once she figured out how to properly use the laser tag blaster.

We’ll have to come back another time to play with everything. 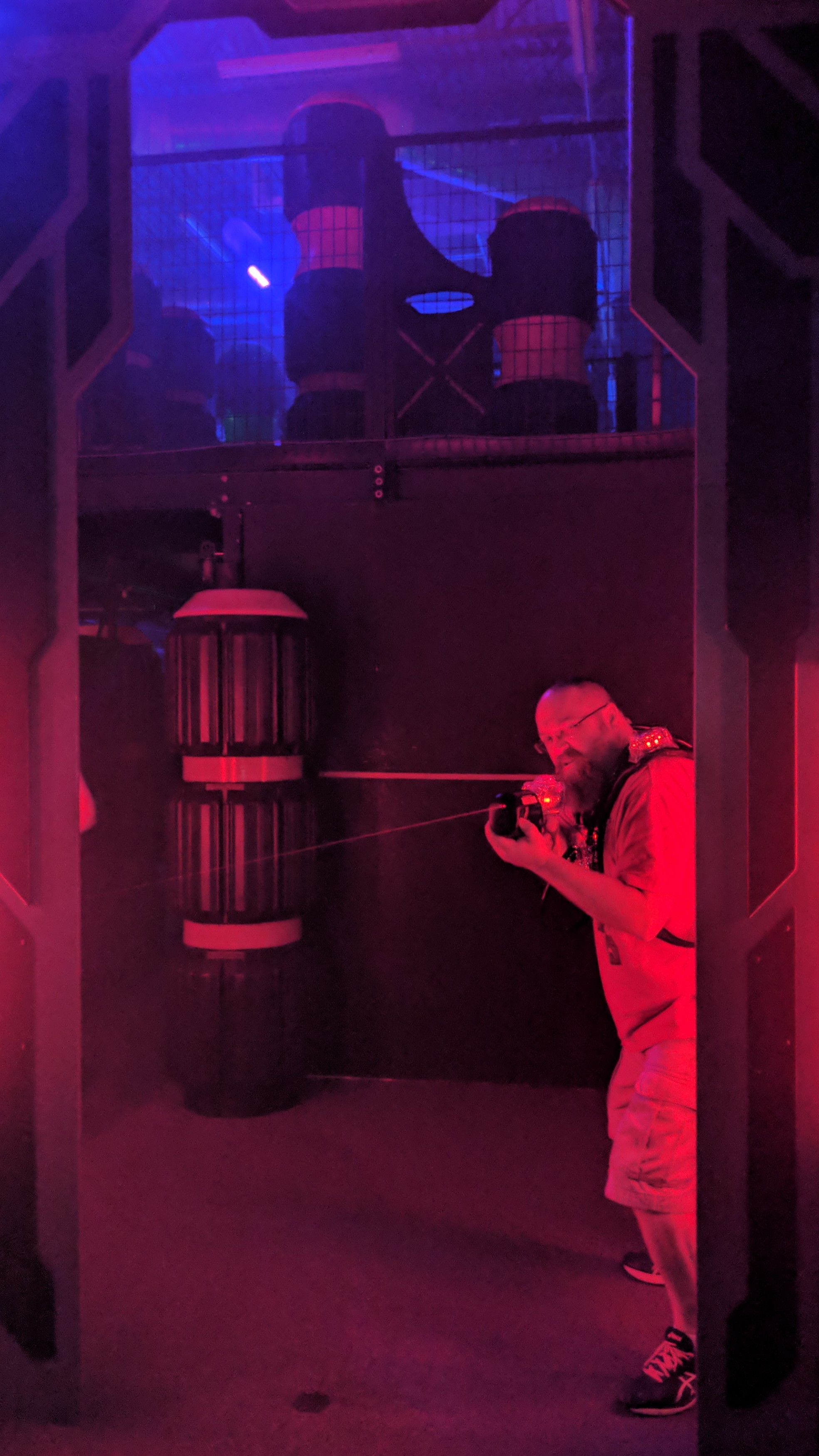 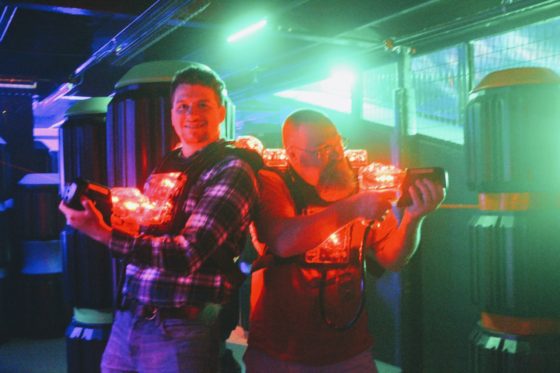 Photo by Gilda from Evan and Lauren’s Cool Blog

Today I teamed up with a group of great bloggers to check out the new lasertag Arena (LASERTRON) at LaserCraze which will soon be called XtremeCraze. This was a sponsored event and I received some great stuff while I was there like lunch, a free game of lasertag, a game card and more. Opinions are 100% my own.

This was such a fun day. I enjoyed playing lasertag so much. The new lasertag system is incredible and the arena is amazing with two levels. Everything worked so well, too. The laser guns and vests were so responsive and they even had power ups that you could select and use each game. But more about that below. END_OF_DOCUMENT_TOKEN_TO_BE_REPLACED