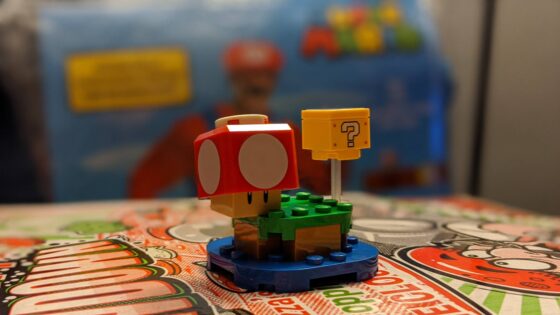 I was in Target the other day and saw all of the LEGO Super Mario sets that they had and was tempted to get one for Andy because he did express that he wanted to get the starter set. They had these small bags with this little set which would be fine if Andy decided that he did not actually want to have the Mario LEGO set in the end. He does, though and we ordered it. He’s buying it himself. He seems really excited about it, too. I knew that he liked Mario but not as much as this. He had wanted me to get the LEGO NES set but that was pretty expensive so I opted not to do that. He wanted me to get it because you can make the Super Mario LEGO set interact with the Nintendo NES LEGO set. Maybe some day. 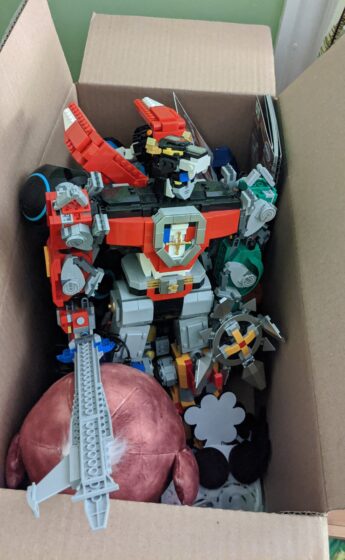 When I started getting ready for the move from my office to Andy’s room and Andy moving to my office as his old room I had quite a few things to box up. Inside this box are some items that were on display on my desk. I have my LEGO Voltron, LEGO Hulkbuster and more. So, I’ve got to get the room painted and put back together to get these things out of their boxes.