This past Tuesday I took the kids into Boston to screen Disney/Pixar’s CARS 3. This was a fun family movie that would be perfect for you to take Dad and the kids. If you are searching for something to do with Dad today then this movie has family fun for Father’s Day written all over it. You can see my impressions of the movie in my recap of the adventure to the movie screening.

Before you go to the movie, learn more about these new characters in these three featurettes below.

“The Next Gen” Clip:
END_OF_DOCUMENT_TOKEN_TO_BE_REPLACED 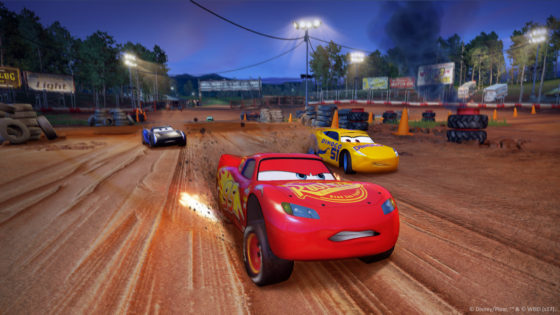 This has been an exciting week of video games for the Nintendo Switch. Warner Bros. Interactive sent me a download code for the game Cars 3: Driven to Win for free. Opinions on the movie are all my own and also the reactions of my kids.

This exciting driving game based on the Cars 3 movie that came out in theaters today has been so much fun to play. It is more than a driving game, there are some fun tracks to run based on all the cool tracks that Lightning McQueen races in the movie. the game picks up after the movie and so if you haven’t see the movie there may be some spoilers. Don’t worry about that, go see the movie, it is fantastic!

The game is a lot of fun to play. The controls are easy to use and what I love about playing the game on the switch is that I have two sets of joycon which would allow the whole family to race at the same time. So far, though, we haven’t all been together for more than 15 minutes at all. Andrew and I have played and then I played more by myself. I tried a whole bunch of joycon combinations, dual joycons, a single joycon and both on the Nintendo Switch itself. It was a smooth transition as far as controls. 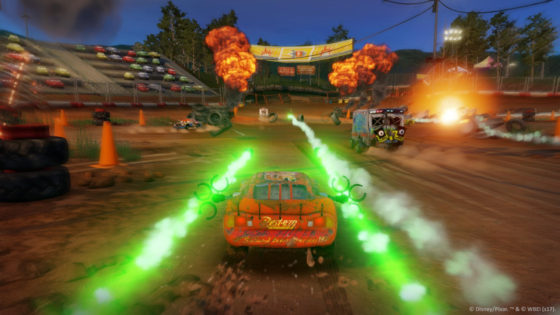 The game is also funny. In the movie Lightning McQueen has been racing for a few years and he has a good relationship with the other drivers. They are out there having fun and teasing each other. That is happening in the game.

You can also do backwards driving and aerial stunts. I love the stunts! 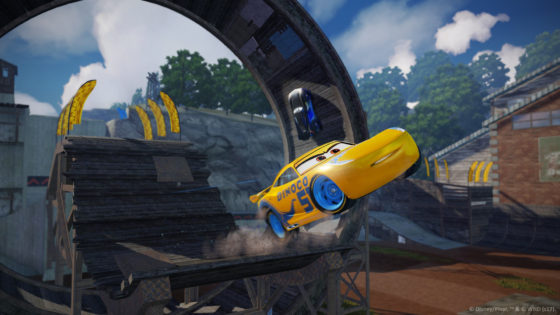 I’m trying to get my characters as high as they can go and get all the awards. There are a ton of characters to choose from, too. New characters and original ones, different repaints and styles. There are also so many play modes. I love Battle! I love that you can race in the crazy 8 track from the movie. That was insane! 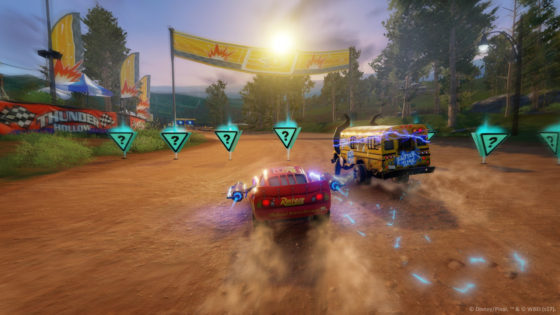 You can see more about the game in the video below. then after that is the full press release.