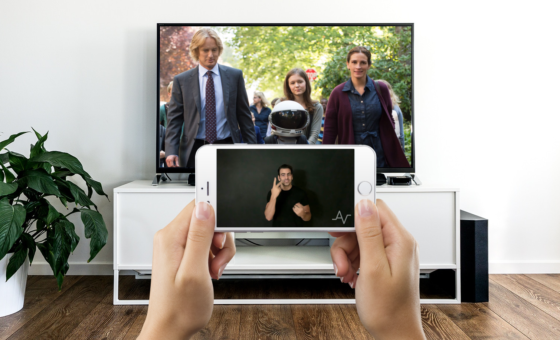 This news is pretty epic and one of those things that make so much sense that I can’t believe it hasn’t been done before. Lionsgate announced today that they are working with the app Actiview and & Nyle DiMarco to bring their movie WONDER to the hearing impaired. The Actiview app can completely sync with the movie as it plays and it will show Nyle DiMarco signing the movie. The technology is amazing and opens the doors to the hearing impaired being able to enjoy so many movies through sign language instead of closed caption. Read more about the initiative and technology below. END_OF_DOCUMENT_TOKEN_TO_BE_REPLACED

You can watch A Stork’s Journey, a new Family-friendly movie, on Google Play for Free starting June 1 for a limited time. Full information can be found below along with the trailer for the movie. 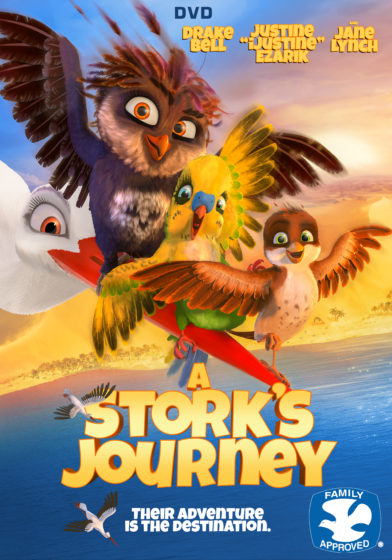 GET READY TO SOAR ON THIS GRAND ADVENTURE STARRING THE VOICE TALENTS OF DRAKE BELL, JUSTINE “iJUSTINE” EZARIK AND JANE LYNCH

AVAILABLE FOR FOR FREE FOR A LIMITED TIME ON GOOGLE PLAY STARTING JUNE 1, 2017

May 16, 2017 – (Los Angeles, CA) – Take flight on a grand adventure for the whole family with debut of A Stork’s Journey for free for a limited time on Google Play, beginning June 1 from Lionsgate.

Featuring the voice talents of Drake Bell (Superhero Movie, “Drake and Josh”), YouTube star Justine “iJustine” Ezarik, and Jane Lynch (“Glee,” Wreck-It Ralph), A Stork’s Journey follows Richard, a sparrow orphaned at birth and raised by storks who believes that he is a stork, too! But when winter comes and the storks prepare to migrate to Africa, his stork family must reveal his true identity and leave him behind in the forest with the other sparrows since he would not survive the long journey. Determined to prove he is a stork after all, Richard ventures south on an epic adventure, accompanied by friends big and small, to unleash his true potential and be reunited with his family.

This family-friendly, feature-length animated adventure will be available to redeem for free* for a limited time on Google Play from June 1 to June 28, 2017. A Stork’s Journey will make its debut in theaters on June 30 and will be available on DVD, Digital HD, and On Demand on July 4.

The Dove Foundation awarded A Stork’s Journey with 5 Dove’s, their best rating, “due to it’s originality and fun storytelling,” The film is Dove “Family-Approved” for all-ages and is “entertaining and fun for the entire family.”