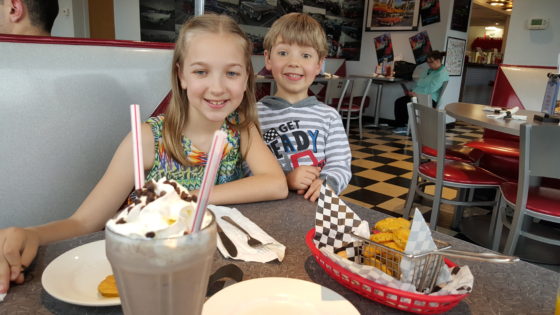 Today was Eva’s final performance for her Hullabaloo theater group. Our friend Nicole runs the program out of her house for 8 weeks and at the end of it the kids have a performance at An Unlikely Story. Eva has been in the program a couple of times now and it is really nice. The kids learn about some history, some acting, singing and performing. They sang some covers, original songs and then did some theater and performance games. I was very impressed with how Eva was on stage. She is showing more poise and confidence with each new performance. She also added in some ballet moves as that is something that she loves and has been doing since she started dance. She also incorporated Hip Hop dancing into the performance. We could hear her because she is projecting better, too.

After the performance Allison had to go to the Eighth Grade Dinner and I took the kids to KC’s Classic Burger Bar where it was Kid’s Night which meant that there were free milkshakes with the purchase of every kid’s meal. I got an Oreo one and the kids split a Chocolate Cookie Dough one. It wasn’t quite a huge hit with the kids but they did like them.

END_OF_DOCUMENT_TOKEN_TO_BE_REPLACED 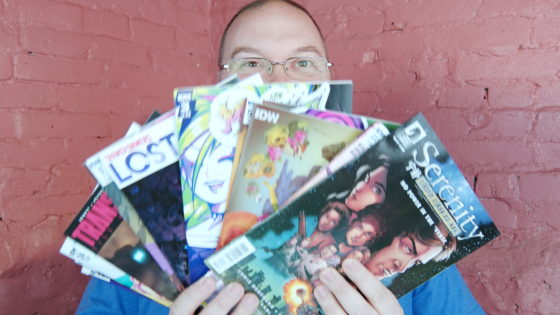 On the Way to Brian’s house to film Built from Bricks I stopped at my local comic book store, Wild Time Comics. I guess I hadn’t been in a while because I had a whole bunch of comics to pick up. I got home late from Brian’s and hadn’t filmed anything so it is a Comic Book Haul Video!