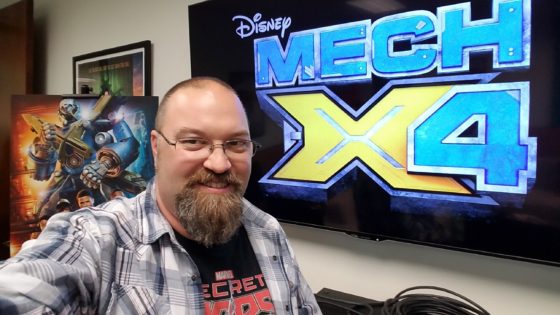 While I was in California, for an all expense paid trip by Walt Disney Studios to do a press tour for several Disney projects, I had the opportunity to meet with the creators and cast of the new Disney XD series, Mech-X4. We were able to see the pilot episode of the show which debuts on Disney Channel on Premieres Saturday, November 12 at 8/7c on Disney XD. I really liked the show. It was smart and funny with pretty decent special effects for a kid’s show. What is different about this one is that it is a serialized show with some distinct story arcs, mysteries and more. The show is also self aware in that when Ryan yells, “MECH – EXECUTE!” Harris then says, “We’re doing catch phrases now?” I love it when shows do that. It doesn’t hurt that the cast gets along so well and has excellent chemistry as we saw in the interviews. I enjoyed when we did the meet and great and photos with the cast, they were really personable guys and funny, extremely funny. Kamran Lucas who plays Harris has the best lines in the show and he had some great answers to the questions asked in the interview.

Before we interviewed the cast we interviewed the creators of the show, Executive producers Steve Marmel & Anupam Nigam. These guys were the real deal as far as geeks who were able to weave some nostalgia into a new and exciting show. I could have talked with them all day. These guys liked what I liked and took that and made it into a show that I would have loved to have been watching at 7 or 8 years old. I will be watching it with Andrew and Eva. Below is my interviews with the cast Nathaniel James Potvin (“Ryan Walker”), Raymond Cham (“Mark Walker”), Kamran Lucas (“Harris”), Pearce Joza (“Spyder”) and Executive producers Steve Marmel & Anupam Nigam.

END_OF_DOCUMENT_TOKEN_TO_BE_REPLACED 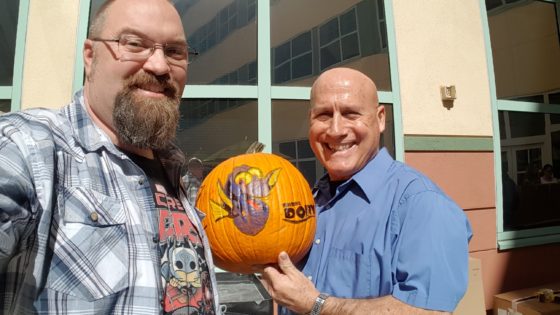 On my second day on this Disney Press Trip I had all sorts of cool experiences. There was talk of giant robots, carving pumpkins with a master pumpkin carver and finding love after the final rose with Freeform. I have a whole bunch of posts coming in the next couple of weeks but for now you can check out my vlog with some of the things that we did today. I know that I am being vague but that is because there is so much that I can’t talk about quite yet.