A new show has recently premiered on Netflix called ‘Stretch Armstrong and the Flex Fighters’. The show has the th voice talents of people like Steven Yeun, Scott Menville, Ogie Banks, Wil Wheaton, Felicia Day, and Walter Koenig. The story is about teenager Jake Armstrong and his two best friends, Nathan Park and Ricardo Perez, after they are accidentally exposed to an experimental chemical that forever changes their seemingly normal lives and transforms them into unlikely heroes who embark on a series of adventures!

I have watched a couple of episodes and the other day I received an email alerting me to toys that are coming for the show. The show is pretty good and the toys look great. So you can check them out for yourself right after you see the trailer for the show.

END_OF_DOCUMENT_TOKEN_TO_BE_REPLACED 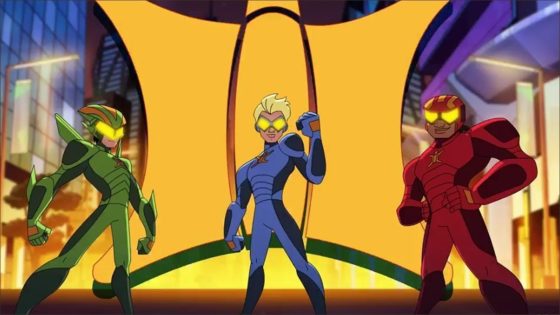 The full trailer for ‘Stretch Armstrong and the Flex Fighters’ is now out. The show is being released on November 17th on Netflix and it looks like it will be a lot of fun. There is a seriously good voice cast attached to this cartoon as well. Many people from other cartoons and TV shows that I really like, too. Take a look at the trailer.

More information about the show is below.