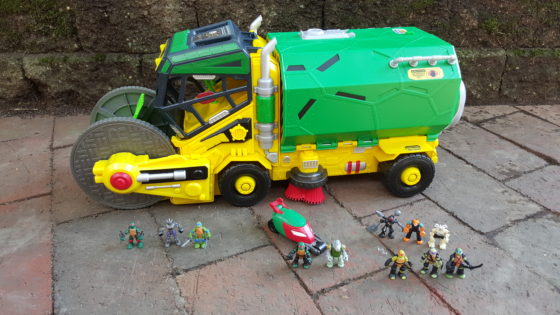 Playmates Toys sent us a Teenage Mutant Ninja Turtles – Micro Mutants Sweeper Ops Vehicle and Playset for free to play with and review. They also sent along a Stealth Bike pack with Raphael and Rocksteady and a bag of loose Micro Mutants. Opinions are our own.

I was excited to try this one out because I had just tried out another vehicle that did sweeping up of toys and I didn’t think it performed as well as it could have. I was interested to see how this one worked. It worked really well. The sweeper pushed the toys right onto a conveyor belt that would then deposit the bad guys into a little detention center inside the playset.

END_OF_DOCUMENT_TOKEN_TO_BE_REPLACED 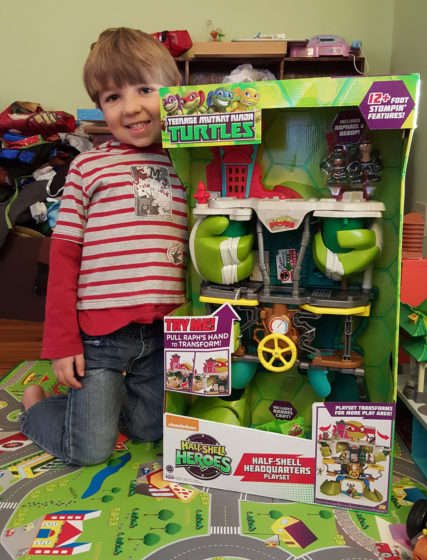 Andrew has been asking me for this toy for a while. He enjoys the Teenage Mutant Ninja Turtles and knows that I am a big fan. He can name all of the turtles and was excited that he got a Leonardo figure at McDonald’s last night on his birthday. I had been meaning to switch out some of Andrew’s toys for the Teenage Mutant Ninja Turtles Half-Shell Heroes that he has. Well, I did not get that done in time for his birthday but today we were able to clean up the toy area and make the switch. I’m glad that we did because Andrew loves the set. He and Eva were having so much fun flinging all the figures off the Headquarters. There are a ton of fun little play areas. Here is what you get with the Half-Shell Headquarters Playset

Here’s what the kids thought of the toy as they played with it.