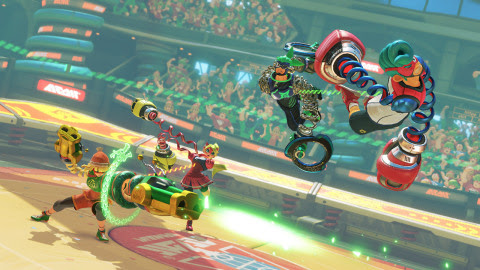 It is Father’s Day and you have forgotten something for Dad. He likes video games and wants to play more with the kids. Quickly go and download him ARMS for the Nintendo Switch. It is a great game to play with the whole family because it is a hilarious boxing game that throwns the conventional Boxing matches out the window, or through a basketball hoop. We received a download code for ARMS so that we could try it out and we loved it. You can see Andrew whaling on me in a video on this post about my first impressions of ARMS for the Nintendo Switch. If you want to do more research before you go and download the game then watch the video below from E3 and then check out the press release about the game launch. You will enjoy it. We love playing it and Andrew loves kicking my butt. I’ve got to get him to stop saying that, maybe I’d better get better and win some matches. END_OF_DOCUMENT_TOKEN_TO_BE_REPLACED 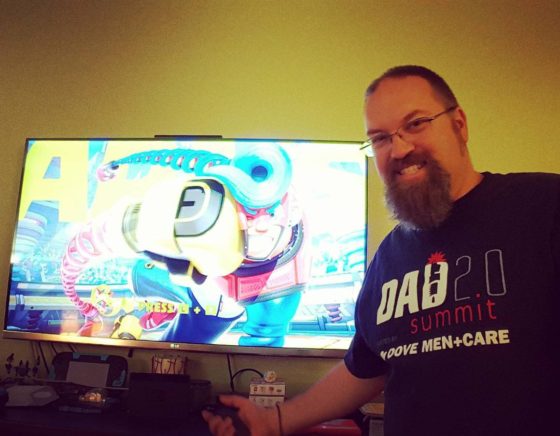 I received a download code for free from Nintendo for the upcoming Nintendo Switch game ARMS. It is being released on June 16, 2017 and is going to be a lot of fun for the whole family. My impressions of the game are completely my own.

Andrew and I played this game for the first time today. We played a bunch of times before we made the video so that we could both get a feel for how it works. Then we played a bunch more after the video, too. We tried all sorts of different play options. We played Volleyball, Hoops and many more. I even played online with whoever else was online and I liked that because I went through all sorts of combat modes to see how many options there are to play the game.

We had so many laughs playing the game. I can’t wait until the whole family can play together on teams. Once we are all together we’ll give it a go. One of my favorite play options is Hoops. It is hilarious when you slam dunk your opponent into the basketball hoop. Volleyball goes by too quickly, but that is probably because we didn’t volley. If the ball hits the ground it explodes.

I held my own when playing online. I actually beat the other players in the first three games and then I started getting beat. Here is Andrew kicking my butt while I try to talk about the game and play at the same time.