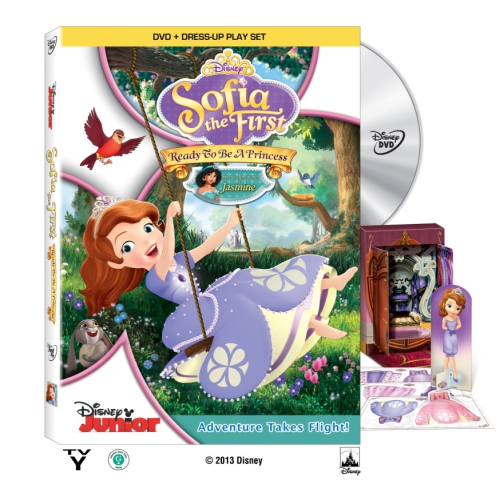 The adorable story of a young girl who suddenly becomes a princess has captured the hearts of both of my children. My daughter Eva loves the show and watches it every chance she gets, including convincing my sleep deprived wife that there were only three episodes on this DVD (which was released on September 17) and thus sneaking a full viewing in one sitting last night. Andrew also loves “Fi” as he calls her. He sits entranced in the show as if spelled by Cedric himself. I enjoy it because it is cute and funny and something I don’t mind watching with the kids.

This DVD is comprised of five episodes from later in the season and they aren’t in chronological order either. It is not like this is a show strong on continuity but I like to have DVDs that have the episodes in order. Maybe a full season DVD will come out once season one is over. That would free up some DVR space. Each episode in this DVD is a decent one with the standout being Two to Tangu where Sofia gets advice from Princess Jasmine. Sofia has a magical amulet that in times of trouble summons another princess to help her out. The amulet also grants powers or curses depending upon the behavior of the wearer.

The DVD also came with a paper doll of Sofia that Eva used to dress up and display. She couldn’t wait till I got home to ask if she could open it up. She had a lot of fun playing dress up with Sofia and watching all of her episodes.

Below I have some activities and the official press release.

END_OF_DOCUMENT_TOKEN_TO_BE_REPLACED 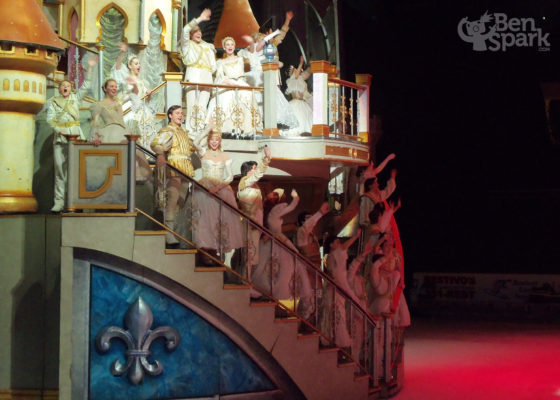 Today we took Eva to see Disney on Ice. She was very excited to see the Princesses skate. She’s seen the commercial many times and each time she says that she’d like to slide on the ice. I think maybe some little skating lessons might be in her future, we’ll see. I’m nervous enough when she’s walking down the street, I can just imagine how I’d fare watching her on a slippery, hard and unforgiving surface. END_OF_DOCUMENT_TOKEN_TO_BE_REPLACED