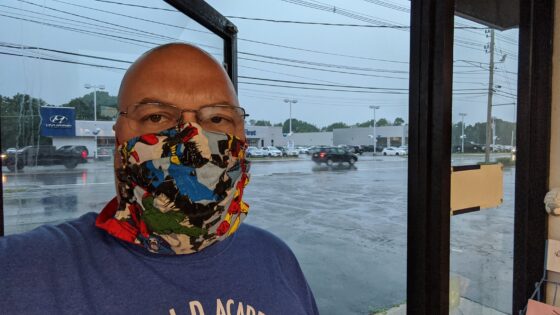 Today it downpoured and that caused a few things that were already weird to get even weirder. Maybe weird is not the right word but things are different now at Church. Now we have Church in the parking lot at Saint Mary’s Church. Because of the impending downpour and the ominous clouds Mass was abbreviated. It went by so quickly and then Communion was handed out as we drove out. One of the strangest Masses ever.

After dinner we got pizza from La Strada. We were going to try and get their broasted chicken but apparently they don’t start the broaster until 6pm. So pizza it was. I was standing in the shop waiting for my pizza when the sky just opened up and rain poured down. So it was a good thing that Mass was so quick. 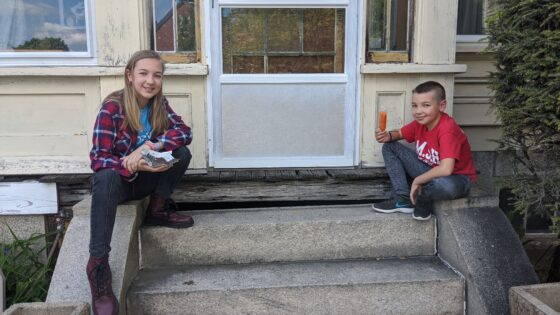 Today was supposed to be Field Day for the kids. It obviously did not happen because of the pandemic but at least the kids were able to get ice cream and popsicles from the teachers at school. Allison went over to help the teachers hand out the popsicles and ice cream. I brought the kids over later. We picked up their treats and then we went over to my parent’s house so the kids could eat them. It weas warm enough that the treats began to melt pretty quickly.

This morning Allison and I went for a nice long walk and then I ran out to the store. Got a few things that we needed and then picked up something that I’ve been deciding upon for a while. Maybe tomorrow I’ll tell you what that was.