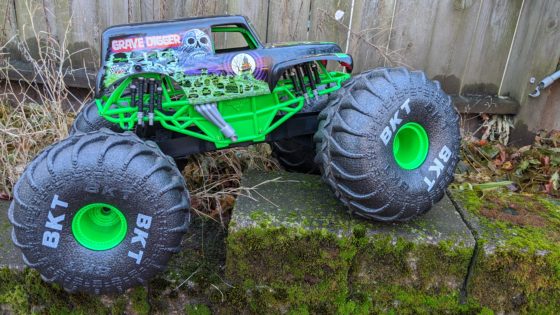 SpinMaster provided us with a free Grave Digger RC Monster Truck to add to our Holiday Gift Guide. Opinions are our own.

when I was at the HoliDAY of Play this year and saw the MEGA grave Digger RC car from SpinMaster. This thing is MASSIVE! I love remote control vehicles and knew that this was one that Andrew was going to love so I had to ask for one for our Holiday Gift Guide. Here is our video explaining the car and showing you it in action.

There are many great features to this remote control vehicle.

Kids are going to love to play with this, I know that mine did.

If you would like to pick up one of these Monster Jam, Official Mega Grave Digger All-Terrain Remote Control Monster Truck with Lights for your kids for the holidays please consider using our Amazon.com affiliate link. It costs you nothing and helps us out. 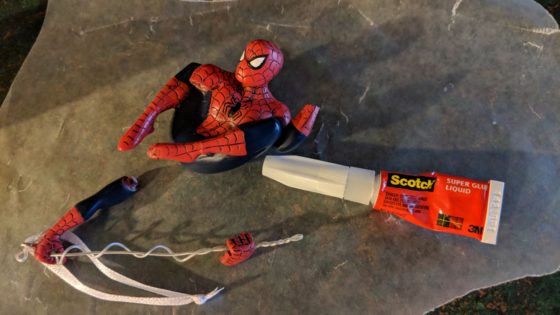 eva was having a sleepover and baking/crafting and who knows what else session with Auntie Tara last night into today. So, Andrew had us to himself today. We started the morning off together building one of his LEGO sets from his Birthday. He and I took turns doing each of the bags. He did a great job on it and his getting better and better with LEGO every time we play. I used the LEGO instructions online for one of the creator sets to make a LEGO Diplodocus. This was a 3 in 1 creator sets of dinosaurs. So as he built I took apart the dinosaur set and then rebuilt it.

After our building session we started cleaning the house for Christmas and I promised Andrew that after we cleaned the house we could build a huge track for the Tracer Racers. A few days ago we posted a video of these glow-in-the-dark tracer racers, part of the MAX TRAXXX line. The company liked our video so much that they went and sent us a ton of additional sets. The new super track is over 100 feet in length which the cars make short work of as they speed along. We did build a new track but that is later. 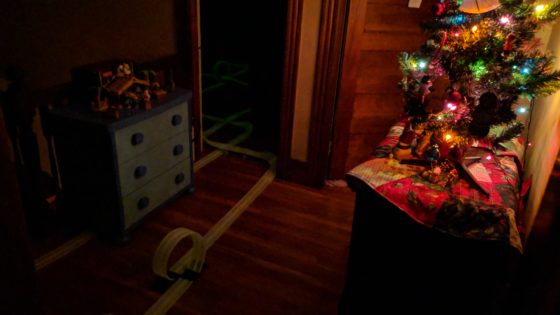 We got the whole house cleaned up and the kids trimmed their little Christmas trees. I helped them as Allison washed and ironed our living room curtains. Each year the kids get one special ornament for their tree. Andrew’s ornament is Spider-Man. The kids were all excited and I was taking the ornament out of the box and it fell to the floor and the arms and legs of Spider-Man snapped off. Andrew was so upset. Eva immediately went into mom mode and took him to his room to help calm him. I took spidey downstairs and started surgery. So far his legs and one arm have been reattached. He should be better in a couple of days.

We enjoyed pizza, salad and a movie tonight together on the couch. We watched The Santa Claus for the first time and we all enjoyed it. the kids thought it was really funny. I enjoyed it as well.

After the movie we got to play with the new MAX TRAXXX super track that we built before dinner. The cars were all charged and the kids were, too. It was time to have fun and they certainly did. Check out the video below.

The whole set is fantastic and we had a lot of fun playing with it and reviewing it. You can purchase it through our Amazon.com links and if you do go to the stores that are approved by Skullduggery. Skullduggery has two great approved FBA sellers on amazon.com, Think Stores and 4% Change for Children. 4% Change for Children offers a $20 off coupon on the Infinity Loop Set every Sunday, Monday and Tuesday until Christmas, and the company each year donates 4% of its net profits from the prior year AND 4% of the company’s working hours to non-profit organizations that help children and families with children to learn, grow and live better lives.