I was impulsive yesterday and picked up a new toy. I got a HP 245 photo printer. This printer prints without a computer (via memory cards). END_OF_DOCUMENT_TOKEN_TO_BE_REPLACED 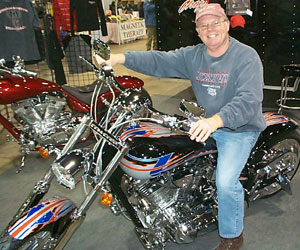 Dad on a Custom Bike.

Today Dad and I went to a Motorcycle show. We were supposed to be at the show in Rockingham. That is where I bought my bike last year. However, there was a fire at the Rockingham showplace and the show was canceled. Fortunately, there was another show back at the Bayside Expo Center, so we went to that.

It was a little small and pretty much the same format as the one that we went to last year with Paul D. The top photo and the first one after the text are from that show.

There were less bikes and not as many vendors because the Rockingham show was the bigger show, and most of the vendors were going to be there.

We did get to try out some of Guzman’s Salsa served by Roy Guzman himself. There was another Portland vendor there called W.O.Hesperus, they sell some wicked hot sauces. Dad got a leather riding backpack for the sissy bar of his bike, and also some jars of salsa. So we had fun. Then we stopped and visited Shelby at work at the End Zone Pub over by Gillette Stadium. 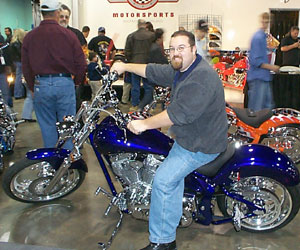 Me on a Custom Bike 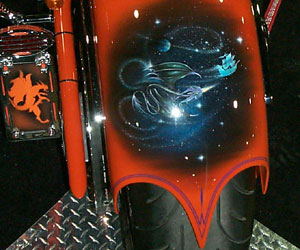 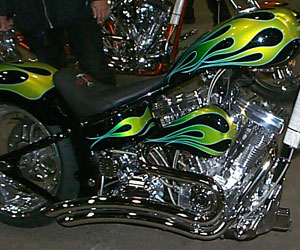 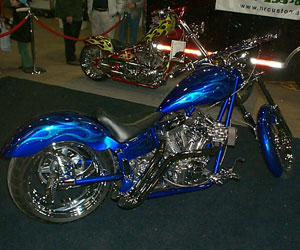 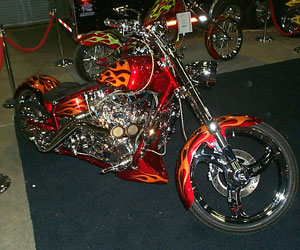 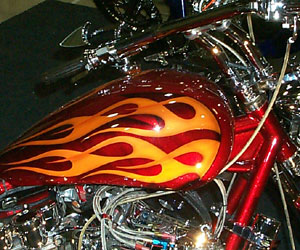 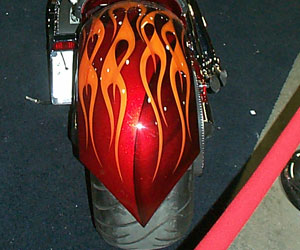 Custom Rear Fender – I must like bikes with flames on them or something.