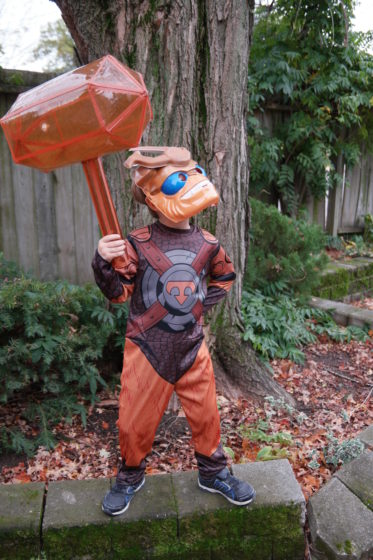 We received a Skylanders Halloween costume to try on and review. I opted for the Wallop one for Andrew. He liked it a lot. I think it was the giant Traptanium Hammers that Wallop has. The Wallop costume (aff link) comes with one but the character has two in the game. He even wore the costume to a Halloween party at Eva’s dance studio. He’s quite excited to wear it and play. You can see his excitement at the end of my video from today. You can see it below.

It has been a pretty Skylanders heavy month around here. What with the game releasing on the 16th and us getting it on the 12th. I haven’t done a full on review of the game as of yet so let me tell you my thoughts on it now. Skylanders Imaginators (aff link) is one of the best games in the series thus far. Not because I received Skylanders Imaginators for free to review, but because it has so many parts to it that I love. Creating new characters, the Imaginators, is a fantastic part of the game. We have opened a few of our Creation Crystals and have created a bunch of characters. I like the addition of Battle Classes to the game.

Each Sensei is a master of a Battle Class and when paired with a Skylander of the same class they give additional power. When you create an Imaginator with a Creation Crystal you have to lock in their Battle Class but otherwise you can constantly change and upgrade the character. We’ve done a ton of that. You can transfer your characters from the game (via sound) to the Skylanders Creator app. This app is fun and the kids love it. We currently have it running on 3 iPads and my Android phone so each day we are unlocking more parts with which to create characters. Once we get the exact one we like then we’ll create a actual physical character through 3D printing. That is rather amazing. 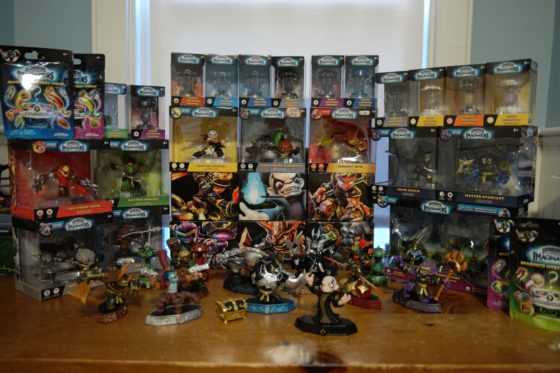 We were given a whole mess of Skylanders days before the launch and I got to work making videos but I have so many more to do. I haven’t even tried out any of my existing figures in the game. I have a massive box in the basement that I need to bring up and see how the older Skylanders work in the game. I’m just having so much fun with the new ones that we’ve gotten that I haven’t had the time to check out the old ones.

Skylanders Imaginators also retains the whole racing aspect of Skylanders SuperChargers and so we can still use all of the vehicles that we have from that game. However, if you didn’t get into that game you can use any of the instant vehicles, there is one for each type of racing: Sky, Land and Sea.

You can play as Kaos in this game. Yes, there is a Kaos figure that you can use in Skylanders Imaginators. He is very powerful and has funny things to do as well. 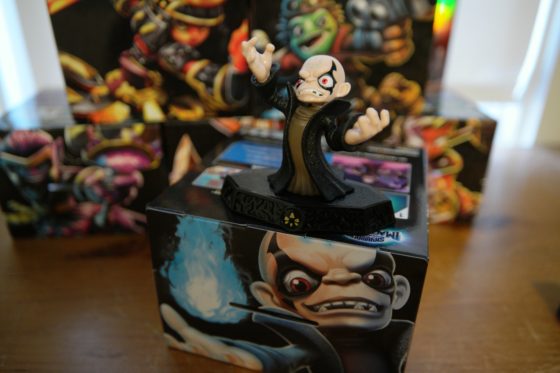 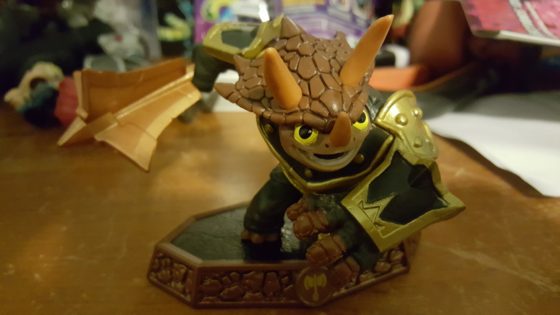 This month is also the month for the release of Skylanders Academy on Netflix. I’ve been excited to see this show and have not been disappointed at all. I’ve watched the first four episodes so far and it has already incorporated Giants, SwapForce, TrapTeam, SuperChargers and even Imaginators. Episode three introduces an Imaginator character which, I think, should be made downloadable through the official YouTube Channel. Because the Imaginators can be transferred via sound they can be sent to anyone. I even made an official BenSpark Imaginator that people can download. So I think that the Official Skylanders YouTube Page should make some Imaginators for people to download to the app. Speaking of the App, the kids talk about the app at the end of today’s vlog post.

END_OF_DOCUMENT_TOKEN_TO_BE_REPLACED

I received this year’s Skylanders toys from McDonald’s. They are in the Happy Meal for a little while longer. This time there are six of them and I did post about this already but wanted to take some better photos. My initial images weren’t that great so below I have some much better ones. END_OF_DOCUMENT_TOKEN_TO_BE_REPLACED