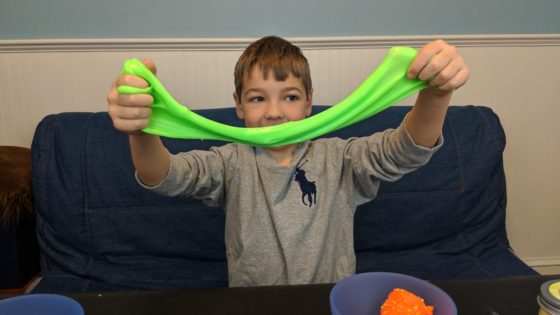 We received several samples of fun slime for free from WeCool Toys #CompoundKings that are great for Easter Baskets. There were Mix & Mash Eggs, Surprise Eggs and Fluffy Cloudz. Opinions are our own.

Andrew is a big fan of slimes, all different kinds. We’ve tried a ton of them and to tell you the truth, I haven’t been much of a fan. We’ve gotten sticky sslimes that end up everywhere and so many other kinds that just didn’t feel right. Well, I love the feel of the slime in the Mix & Mash Eggs that we tried out. It didn’t feel that wet and when you put in the little foam balls it made it even better. Check out what we thought of it in the video below.

END_OF_DOCUMENT_TOKEN_TO_BE_REPLACED 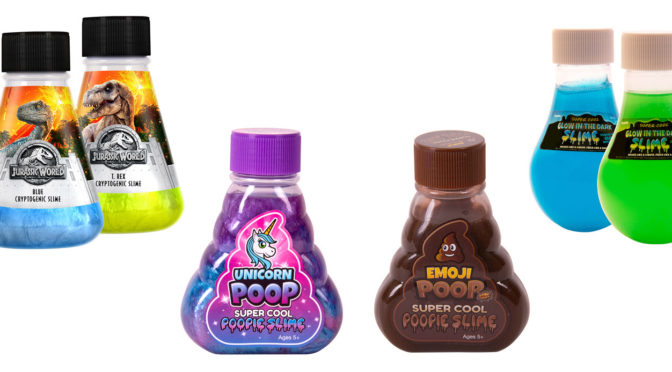 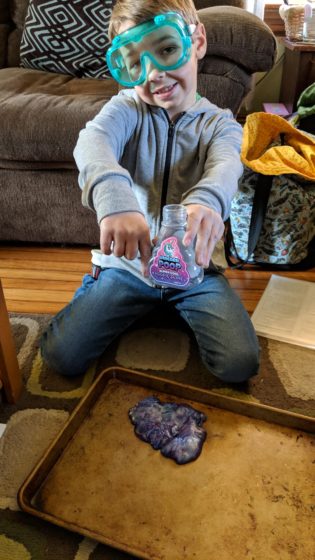 Kids and slime. They love to make it, they love to play with it and the laugh like crazy over the sounds that slime makes. We were recently sent a sampling of some ORIGINAL SUPER COOL® SLIME from Kangaroo Manufacturing to play with and review. Opinions of this product are our own.

When I received the request to review ORIGINAL SUPER COOL® SLIME I had to take it. My kids would have been pretty upset with me if I passed up the chance to check out not only a bunch of slime but also a Slime Lab so that they could make some slime. ORIGINAL SUPER COOL® SLIME products are varied in their look. There are some slime that come in Poop Emoji shaped bottles in a psychedelic sparkly pink, blue and purple for unicorn and straight up brown for regular emoji poop. I thought for sure that Andrew was going to go for the Poop Emoji Slime but he opted for the Glow in the Dark Blue slime. 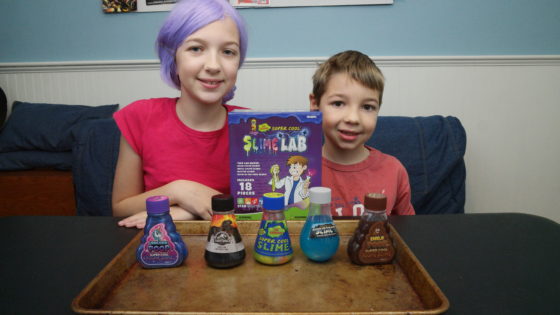 Each of the kids got to pick one of the slime containers to play with and the others we donated to our annual Toy Drive, Christmas is for Kids. We kept the Slime Lab so that we could make a video of that alone at a later date. The kids had fun playing with the slime. I actually brought up a cookie sheet that they could use (I’ll have to buy a clean one for future videos) because I don’t like getting anything on the table I use to make videos. You can see what they thought of the different slime in the video below. After that I have more information on all of the slime as well as links to where you can buy the slime though our Amazon.com affiliate link.