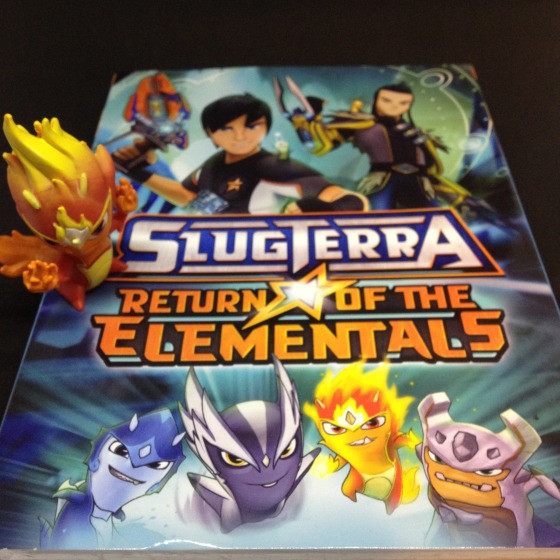 The DVD came out on September 16 but I just received it the other day. You can still pick up Slugterra: Return of the Elementals on DVD and if you are a Slugterra fan then you are going to absolutely want to have a copy of it to watch. The movie has a huge reveal and was really satisfying to watch. I am very excited that I finally have my own copy of the movie. Eva has yet to see it but she’s gonna love it and also love the Fire Elemental figure that was sent along with the movie. Here is the trailer.

The movie picks up a little while after the previous movie ended. The previous movie being Slugterra: The Ghoul from Beyond. Eva was not a fan of that one. She did not like seeing Eli in a zombie like state.

I had thought that this movie was the end and I was super bummed out about that however I just checked out the Nerd Corps website and there is a press release that has made me happy again. This is the line that got me: “Nerd Corps Entertainment announced today that it has greenlit a third season (13 episodes) of its hit boys action property Slugterra, following a year of top ratings, toy sell-outs and new licensing deals for the brand around the globe.”

The press release also mentions that there will be another Slugterra movie called Slug Fu Showdown. I don’t know when that will be out but it is currently in production alongside the new episodes and 17 one minute Slugisodes. So more Slugterra is a great thing! I’ve go to tell Eva. 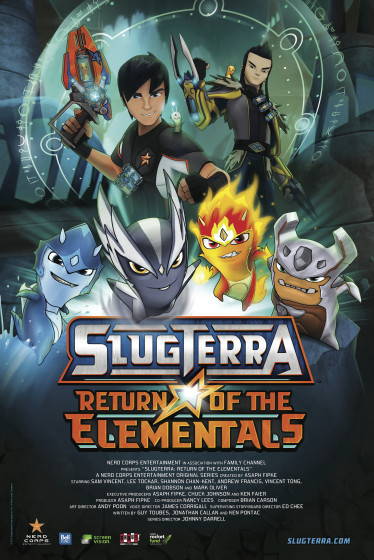 I watched and reviewed this movie a while back but never got a chance to see it in the theater. Slugterra: Return of the Elementals was fun and I hope that this is not the absolute last that we see of Eli Shane and the Shane Gang. I’ll be getting a copy of the movie to review and one to give away possibly.

Here is a clip from the movie.