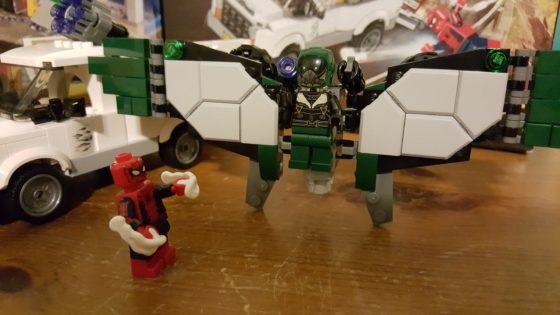 About a month or so ago I picked up the two Spider-Man Homecoming LEGO sets. These two are from some particularly important fight scenes from the movie. At one point Peter Parker observes four masked robbers trying to knock over an ATM. Spider-Man swings in and he fights with them only to discover that they have some pretty high tech weapons and the battle will be tougher than he thought. The other set is Spider-Man’s first encounter with The Vulture. This is an interesting chase scene in the movie that was very reminiscent of Ferris Bueller’s Day off, so much so that they showed a clip of the scene in question in the movie.

Andrew and I built the ATM Heist Battle together yesterday and I built the Beware the Vulture one tonight as Allison and I watched the last two episodes of Bloodline. I had an idea to make a fun stop motion using the original Vulture from a previous LEGO set with this Vulture for Built from Bricks but instead I went for a chase scene with the current Spider-Man vs the Vulture from an older set. That stop motion can be seen here: Spider-Man vs. The Vulture Chase Scene. 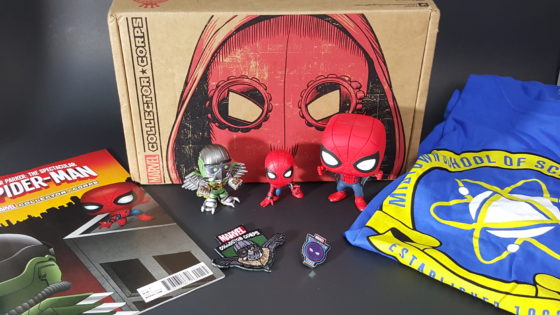 My latest Marvel Collector Corps box arrived today and it was for Spider-Man Homecoming. This was a really nice box filled with some fun items. You can see everything that was in the box in the image above and I show you them up close in today’s video. Check it out.