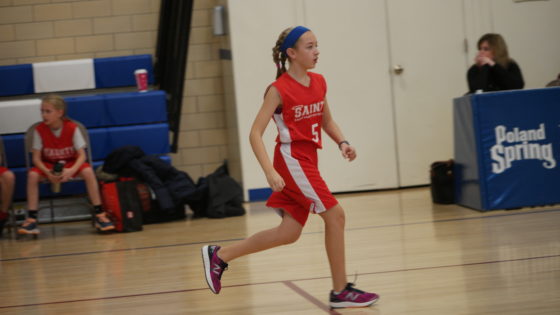 Eva had her first basketball game today. When the option to play came up this year she decided to step outside of her comfort zone and play on the team. There were not enough 6th grade girls who wanted to play so Eva is on the 5th grade team along with her best friend and one other sixth grader. Her first practice was yesterday and then a game the day after. So, having been her first game ever she did pretty well. She was good on defense and kept her opponent covered most of the time. On offense she still seemed to be playing defense but I think that with coaching she’ll start to get more confidence on offense as well. 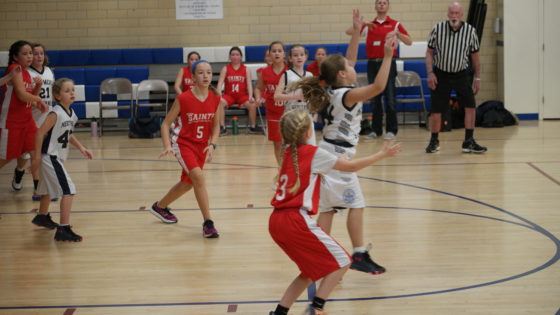 The team did a good job and won the game. I was a bit confused by how the game ran with 3 four minute quarters in the first half and then 12 minutes for the second half. That was very strange to me but it worked. Eva got to play quite a bit and I think that the more she does the more she’ll enjoy it and get more confident. The team won too so that was nice to start the season with a win. 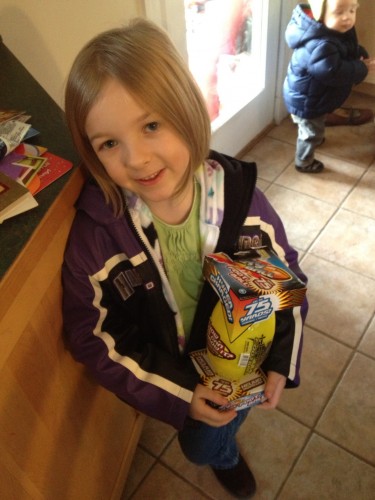 The other day we took the Sky Ball Football from Maui Toys out for a try. We live near a park that has a huge field. It is perfect for running and playing and having a great time. We’ve gone there a few times to play with toys like the Sky Ball and bat. That was fun because I could hit the ball and Eva would run and get it. It helped to tire her out a bit because of all her energy. I figured that we’d see how far we could throw the Sky Ball Football. The packaging says that it can be thrown up to 75 feet and kicked up to 125 feet. I think you need some athletic aptitude to make that happen though. END_OF_DOCUMENT_TOKEN_TO_BE_REPLACED