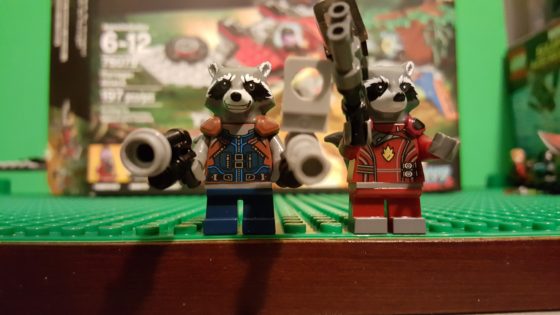 Keeping with the theme of the week I build another Guardians of the Galaxy LEGO set. This time it is set 76079 from Guardians of the galaxy Vol. 2. This is the Ravager attack and it includes the minifigs Mantis, Taserface and a new Rocket figure. This one has a painted on smiling face. The set also has a number of stud launcher blasters/guns that work on the Ravager ship as well as a gatling stud launcher and Taserface’s weapon. A good build overall. I set up a timelapse that I think is a bit too fast and then a little stop motion.