This month’s Loot Crate is titled Cosmos. The contents are all about space. Inside we get some great items. The biggest item inside is the Funko Pop Star Wars Darth Vader Bobble-Head. This is a great little figure that I’m going to happily display on my desk at work. The next biggest thing is a Hexbug. The Loot Crate team discovered these at Toy Fair and each crate contained one. I’ll be adding this to my collection of Hexbugs and let it roam around the Hexbug Nano Hive Habitat.

With two big items like those the rest of the items in the crate were smaller and simpler. There was a Live Long and Prosper button created by the folks at Loot Crate Labs. Another smaller items but very cool one is the Secret Code Wristband that has the Konami Code on it. This was also created by Loot Crate Labs. This would have been so useful when I was a kid playing Nintendo for hours on end.

Rounding out the contents of the box were some Art of Star Wars Comic Postcards and a Dead Space 3 Wall Graphic.

With monthly fun swag like this there is no wonder in my mind why Loot Crate has been selling out each month’s subscriptions. Great job guys! I’ll post my unboxing video soon.

Disclosure: I’m a Loot Crate Ambassador and get a crate sent to me each month to unbox and share my photos of the cool stuff inside. 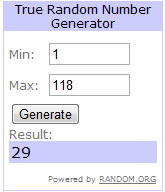 I’m kind of sad about this contest being over. I’ve enjoyed being able to make videos and give away fun and enjoyable things to a bunch of great people. I wish I had a prize for everyone and I appreciate the dedication that people had to entering the contest.

I do giveaways almost every week if I can help it so please subscribe to Benspark.com to be up for the latest giveaways. I have some fun stuff to give out during December so keep coming back. My giveaways won’t be on the epic scale of SwagsGiving but they will continue to be pretty awesome.