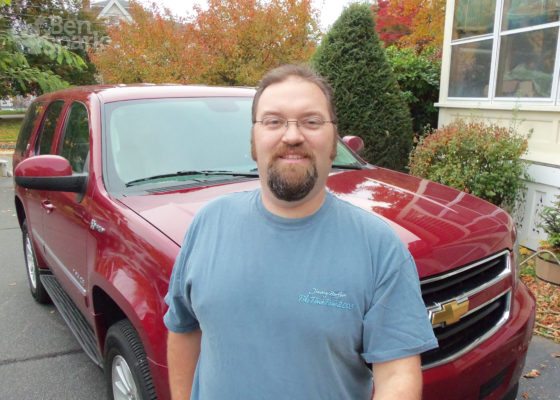 Today was my last day with the Chevy Tahoe Hybrid. I got to drive this car from last Friday till today. Tomorrow it gets picked up. I am grateful to the folks at Chevy for letting us take the car and use it for the past few days. It was so much fun to drive on our road trip to Pennsylvania. I recorded two videos while with the car and I wanted to talk more about it today, not so much because I was given the car to use for free and that I have any obligation to talk about it but pretty much because I got to try this car out and wanted to share my observations with you. END_OF_DOCUMENT_TOKEN_TO_BE_REPLACED

During the Modern Media Man Summit I was able to take out many cars for test drives. It wasn’t until the second dayt hat I said, hey, why don’t I get out there with a video camera and record my test drives. So on the second day of M3 I did just that. I gave my ride along friends my Kodak PlaySport camera and let the camera roll. Here is what happened in the Silverado.

I have two other videos coming soon, the Camaro and the Corvette.

Disclosure: – The video was shot on the versatile Kodak PlaySport camera that I received for free to film the Roger Williams Paddle back in July. I’ve quickly made it my favorite video camera and in a pinch still camera.