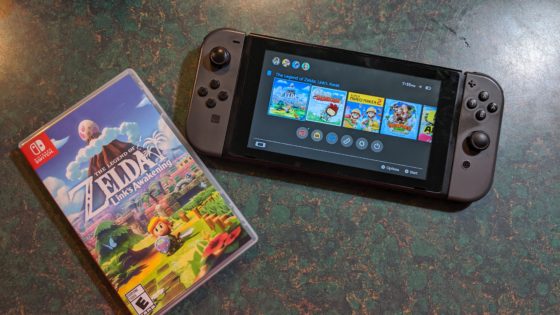 We just received The Legend of Zelda: Link’s Awakening for free from Nintendo to play with and review. Opinions are our own.

I never played the original version of The Legend of Zelda: Link’s Awakening when it came out on the Game Boy and Game Boy color. I had a Game Boy and The original The Legend of Zelda game was one of my favorite games. I wonder why I had never played or heard of this particular Zelda game before. So, I went into this game with no pre-conceived notions or ideas about the game. This was a brand new and exciting game for me.

Immediately I felt like I was playing the original Legend of Zelda game. You start out by waking up on an island after a boat accident. You are in the home of two characters, Tarin and Marin. They nursed you back to health and managed to secure your shield. You have to go and find your sword. From there you go through a series of tasks to help the village. Link’s ultimate goal however is to gather 8 special musical instruments so that he can wake the Wind Fish. What is the Wind Fish? I am not exactly sure but Link cannot escape the island until he wakes this Wind Fish. Gameplay is fun and there are even side-scrolling parts to the game. Most is overhead view and Link has to solve a ton of puzzles but that is half the fun of a Zelda game. I’ll be doing a video walk-through of the first part of the game on my YouTube Channel later on so keep ont he lookout for that. 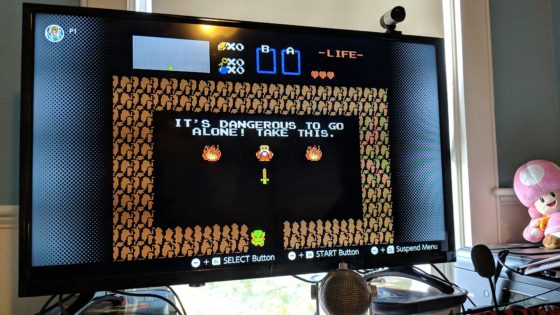 The Legend of Zelda is my all time favorite video game. Sure, I’ve [played games with way better graphics and more but there was a great thing about The Legend of Zelda. It was a challenging game and I spent many hours playing it. Leveling up Link to make him stronger and faster and harder to kill. It was one of the first games that saved your progress without need of a code or anything. There was a battery inside the game that keep your progress saved. I used to talk about this game with friend from school all the time. I remember my Nintendo Power magazines with tips and tricks on how to play the game.

Cut to several years later and the Nintendo Switch released The Legend of Zelda: Breath of the Wild. When I played that game the imagination I had of the land of Hyrule came to full HD life. It made me feel like I was a kid again and how excited I was to play Zelda and be a part of that world. I plan on introducing this to the kids. Not sure if they will have the same love of the game as I did nut I can hope.