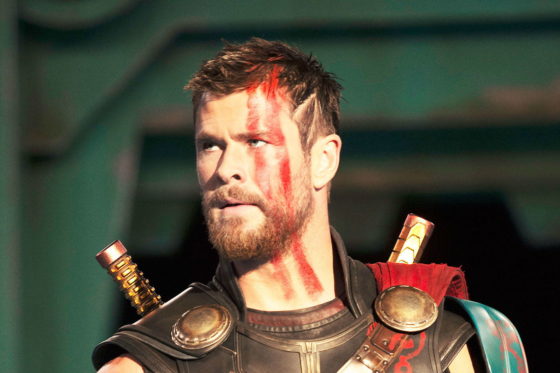 When I was at Disney Social Media Moms Celebration I received a digital download copy of Thor: Ragnarok. The digital version of the movie came out back on February 20th and tomorrow the Bluray and DVD copies will be available everywhere. There are so many extras on the Bluray from director commentary (which is totally worth it because Taika is fascinating) and a bunch of featurettes about the movie, character designs and more. Here is the trailer for the movie.

On the way back from Florida Eva and I watched Thor together. I wasn’t sure how she would react because we had tried a superhero movie before that I thought she would love but it turned out to be way too real and hard for her to watch. She’s a sensitive kid. She is also a kid who enjoys laughter and jokes. Thor has so many great jokes in it and I laughed each time that I have watched it. I also had the special experience of going to the red carpet premiere of the movie back in October of last year. While there I interviewed Karl Urban, Rachel House and director Taika Waititi. These were fantastic interviews and as I said before if the director commentary is anything as funny as our interview with Taika was then you are in for a real treat. It turned out that Eva really loved the movie. She laughed a bunch and talked a lot about it afterwards. I think it may be time to introduce her to the first 10 years of the Marvel Cinematic Universe in order. It certainly would have made her get all the jokes because out of all the movies so far this one had the most in-jokes of any of the movies that came before. Jokes like the one in the clip below where Loki sees Hulk for the first time and nearly pees himself, turns around and tries to flee saying, “I have to get off this planet.” Later in the sequence when Thor is whalloped into the ground over and over by Hulk and Loki jumps up and shouts, “See, that’s how it feels!” That had me rolling, but without seeing the very first Avengers movie you would not get that joke to the full extent. Here is the clip of Thor and Hulk reuniting. 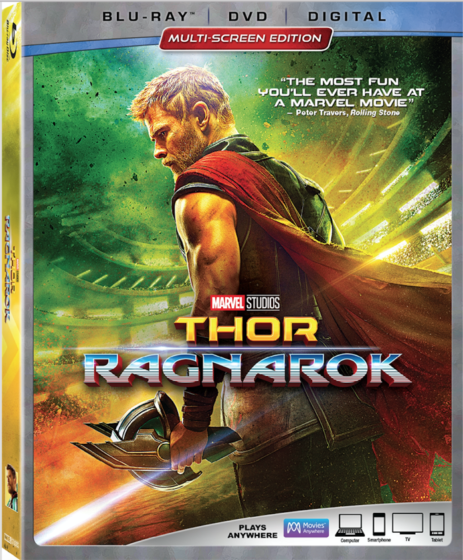 One of the most fun times I’ve ever had watching a movie was seeing Thor: Ragnarok at the red carpet premiere. It was an incredible trip made great because Thor: Ragnarok was such a fun movie to see. It was funny, filled with action and the best Thor movie so far. I loved director, Taika Waititi’s take on the character. I also like how Taika was the character, Korg in the film. Looking over the extras on the Blu-ray makes me very excited to see more of this character through Taika’s comedy genius eyes.

Here is the Blu-ray trailer.

And here is a special sneak peek at the movie extras.

More about the Blu-ray release. END_OF_DOCUMENT_TOKEN_TO_BE_REPLACED