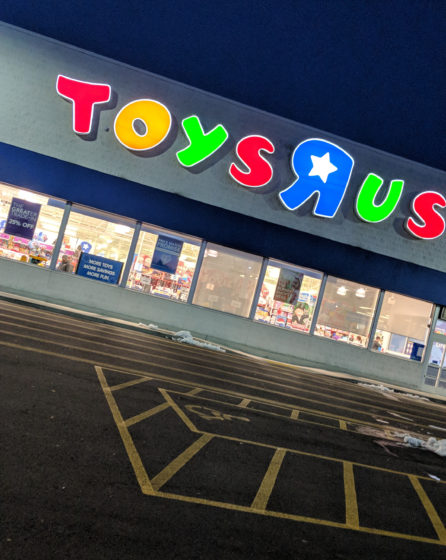 It is possible that Toys R Us will close all of their stores on Monday. It will be sad when this happens. I have been going to my local Toys R Us almost weekly for years. For years they were the place to be for Skylanders toys. I went year after year on launch day to pick up my Skylanders toys and then when I learned about them being released I went in search of them. I’ve had great times finding toys at Toys R Us and also had frustrating moments. However, I have been so many times that I made friends with a few people who work there and I feel bad that they will be losing their jobs.

So, hearing that Monday the stores may close I wanted to hit the place one last time. 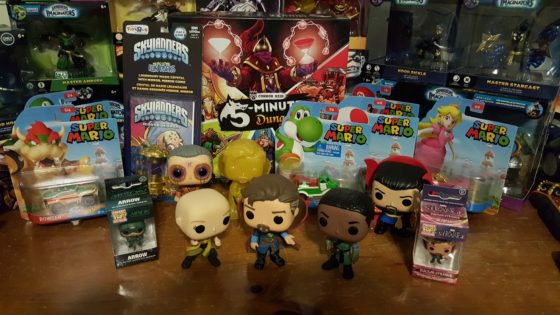 So many things going on today. I went and took a bunch of things out of my closet so that I can find a few things for a new YouTube project. I’m going to be working with my friend Brian on a new channel called SteamDads. You can visit it through http://www.steamdads.com/. I had to go and get a lab coat, get the logo embroidered on it and more.

While I was out and about I found some Doctor Strange Pops including the Ancient One Pop that I didn’t pick up in California. The one I really should have because Tilda Swinton would have been so delighted to see it. You can read about that in my interview with her at Interviewing Tilda Swinton and Why I Should have Bought “The Ancient One” Pop!

I also found a Legendary Magic Creation Crystal at Toys R Us. I also did a lot with Skylanders Imaginators recently like loaded in all of my previous figures, magic items and traps.

I also found the last of the Hot Wheels Super Mario Character cars at Toys R Us. The last one I was looking for was Yoshi. I now have a complete set.

Speaking of character Cars I opened some Star Wars ones, too. A Jawa, a Storm Trooper and a Death Trooper.

And I wanted to tell you about the launch of the Kickstarter Campaign for 5-Minute Dungeon and it is fully funded. My review of the game is also on that Kickstarter.