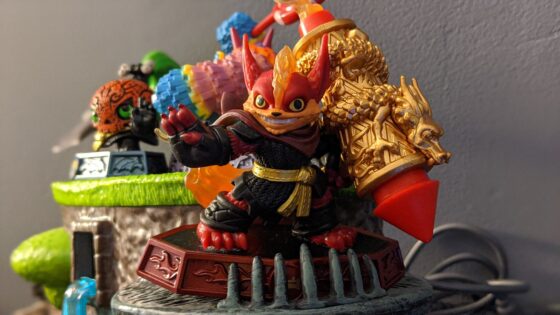 One reason tht I love Skylanders so mch is the unique designs of each and every character. There are well over 200 different characters that have been made into fully realized toys. The company designed and made these characters and toys with backstories on each one, too. They were perfect for the video game and also cartoons and comic books. The game should really have kept going but it ended up being cancelled with the 6th iteration of the game. At the time there were many other Toys to Life games out there. Then they all just stopped. 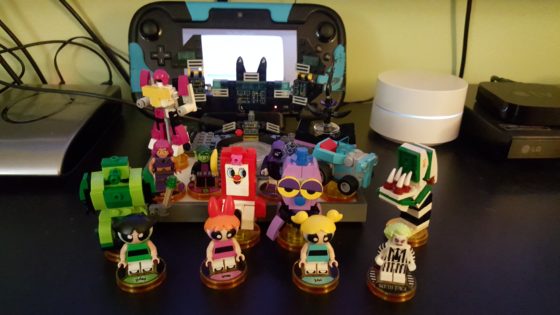 Teen Titans go, The Powerpuff girls and Beetlejuice join in the fun in LEGO dimensions. Five brand new expansion packs were released. There were three fun packs and two team packs released. With that there are three new areas to explore and for the first time an exclusive animated episode from Teen Titans Go! I received the five expansion packs yesterday for free to play with and review. Opinions are my own.

When the LEGO Dimensions expansion packs arrived I started building right away. I built Beetlejuice first because I am a child of the 80’s and was looking forward to this crazy character and his sand worm vehicle. I saved the Teen Titans Go! sets to build with Andrew because he is the biggest fan in the house of that show. Here is the trailer of the new packs.

I spent the day building as many of the LEGO Dimensions characters that I could. In addition to all of Wave 9 I had a bunch that I hadn’t done yet, some from wave 1 of year one. But at this point I am all but finished with building the sets except for two last Level Packs from Year One. I built Beetlejuice and the Sand Worm and then all of the Powerpuff girls figures and vehicles. I saved Teen Titans Go! for Andrew to build. He is the big fan of that show and he was over the moon to build all three figures and then their vehicles.

Now, I haven’t played with the figures in their own dimensions yet. The issue is that I ran out of room for the LEGO Dimensions files on my Wii U and had to store them on the USB connected drive. The issue there was that I only had a 16GB flash drive connected and that wasn’t enough to move the LEGO Dimensions files over and then download the new ones. So I had to format one of my older USB drives. I spent part of the day backing up and transferring files. I only just finished so now I am downloading all the files I need to actually play with the new characters in their dimensions.

I can tell you that the figures and vehicles look great and the voices of the characters are also awesome. I particularly like Beast Boy because he is voiced by Greg Cipes. I like all that he does. The Beast Boy figure can turn into a bird and fly or slam the ground like a dolphin and fling snakes. I know that I am going to enjoy exploring all the different things the characters can do and I am looking forward to watching that exclusive episode that is most likely downloading in the next room at the moment. END_OF_DOCUMENT_TOKEN_TO_BE_REPLACED