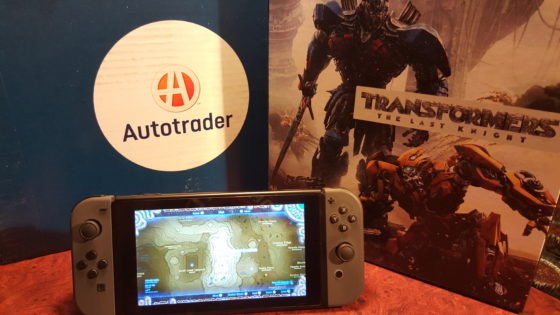 Our in-laws arrived today. The kids were super excited and we spent time visiting with them. We did Tex Barry’s for lunch and then they went to Andrew’s Karate class and out to Emma’s I was out filming with Brian for Built from Bricks. They did well at karate. It was Buddy week and so Eva got to also participate. I would have liked to have seen that.

At Brian’s we filmed a couple of shows including a welcome video for kids at a camp. We’re going to go to a camp and show them a bunch of things about LEGO. I also worked on a stop motion for about 45 minutes and I am looking forward to sharing that one with everyone. It isn’t quite finished yet but will be next week.

When I got home there were a bunch of things that I received in the mail but haven’t posted about yet. They were some gifts for posts that I did a little while back. I went to the Transformers movie last week and Paramount studios sent me a box of Transformers items to participate in promoting the movie. It is too bad that no one asked what size shirt I wear. A great Transformers shirt is a bit small for me. You’ll see in the video.

I also promoted the Cars 3 movie and an Autotrader promotional video. As a thank you Autotrader sent me a a package of fun movie items. They even sent me a fandango card so I can go see Cars 3 again.

Tomorrow the Legend of Zelda DLC Pack 1 gets released. I was able to complete the game to 100% and upgrade all of the armor. I am so ready for DLC Pack 1 to arrive.

I woke up pretty sick this morning. For most of the morning I wasn’t feeling well at all. I need to get caught up at Koko Fit Club, however, because I still need to complete 12 sessions on the cardio and the strength equipment. While I wasn’t feeling like it would be a good idea to do strength I did go and do the cardio for a couple of sessions instead. I did a few sessions until I was no longer feeling like sticking around would be the best thing to do.

I left the gym and headed over toward Gamestop because I was looking for the new Knight Rider Fun Pack for LEGO Dimensions. But when I got over that way I wasn’t feeling up to it so I wandered Toys R Us instead. While I was there I was looking for some Transformers but instead found the remaining Looney Toons Hot Wheels character cars. I was continuing down the Hot Wheels aisle and my eye was drawn to the words, Guardians of the Galaxy Vol. 2. There I found a baby Groot Go Kart character car. While there were no other ones the back of the toy shows a newly painted Rocket, a Yondu character and possibly a repainted Gamora. I wasn’t even aware that these would be hitting the shelves anytime soon/ The movie isn’t for a couple of months. I was really surprised and happy to find this.