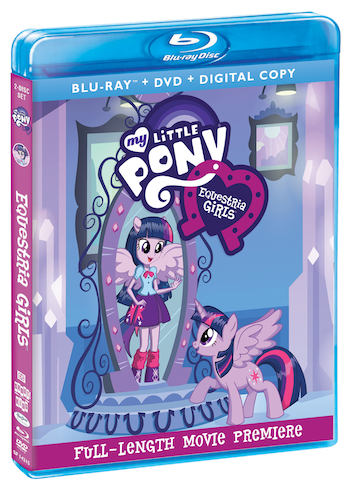 Last month Eva and I went to see the My Little Pony Equestria Girls movie at the movie theater. We received the movie in a Blu-ray combo pack that included the movie on Blu-ray, DVD and Digital Copy. We received that to watch and review. So, today it was rainy in the morning so we watched the movie as a family. Andrew wasn’t as in to it but Eva was excited to see it once again. Opinions of the product are our 100% honest ones.

The fun thing about having the movie on Blu-ray was that I could finally see what Derpy Hooves looks like in human form. She appears dancing at the very end of the movie credits. I did not know that at the time when we saw the movie in the theater. The other nice thing is that the there are some decent bonus features included on the DVD including:

I enjoyed the three featurettes because they discussed how the movie was created and the art styles used as well as the choices for music. It was good insight into what went into creating this movie. The featurette even had Tara Strong, voice of Twilight Sparkle discussing the movie.

If you are unfamiliar with the story then here’s a quick peek at the trailer for the movie.

END_OF_DOCUMENT_TOKEN_TO_BE_REPLACED 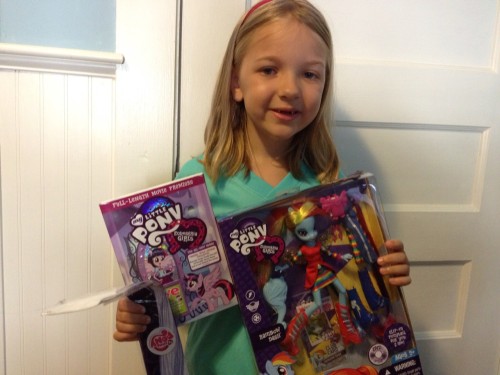