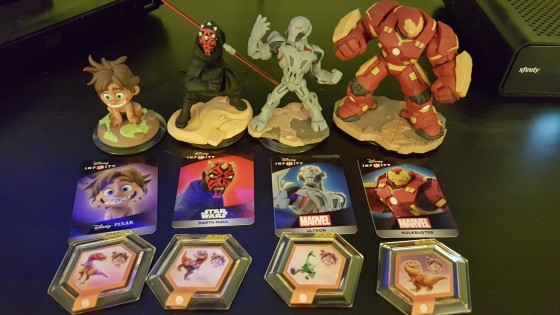 On Tuesday four new Disney Infinity 3.0 figures and a new power disc set was released. Today I received a copy of each of those figures and the power disc set for review. Opinions are 100% my own. The figures that were released were Hulkbuster, Ultron, Spot from The Good Dinosaur and Darth Maul. The power disc set was from the movie The Good Dinosaur. Those discs are four dinosaurs from the movie including Arlo, Nash, Butch and Ramsey. We put these figures through their paces this afternoon and I was very happy with what I saw. END_OF_DOCUMENT_TOKEN_TO_BE_REPLACED 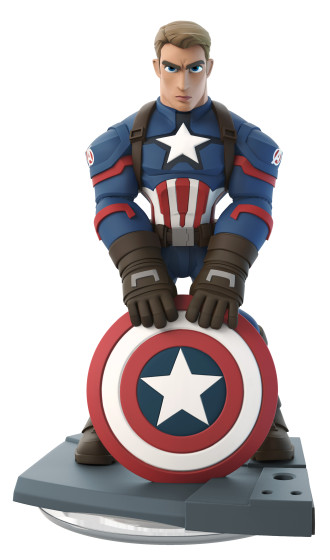 I have been following the news that came out of the recent New York Comic-Con about Disney Infinity 3.0 and it is exciting. The latest announcement has been of a brand new Captain America figure, pictured above, for the game. This is great news because I suspect that there will be even more announcements about additional figures as we get closer to the release of the new play set Marvel Battlegrounds. So, now there are three confirmed MARVEL figures for Disney Infinity 3.0. Those would be the Hulkbuster Iron Man, Ultron and Captain America. There are many more that I’d like to see like Ant-Man, Wasp, Yellow Jacket, Black Panther, Vision, War Machine and Scarlet Witch. I suspect, and hope that I am right, that the Marvel Battlegrounds Play Set will release around the time of the next Marvel movie, Captain America: Civil War. If that is the case then we may see characters from that movie or more from Avengers: Age of Ultron.

But that is my speculation, what is actually known is in the video and press release below.