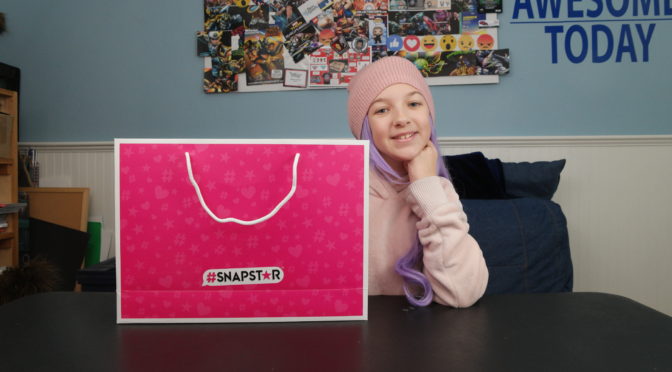 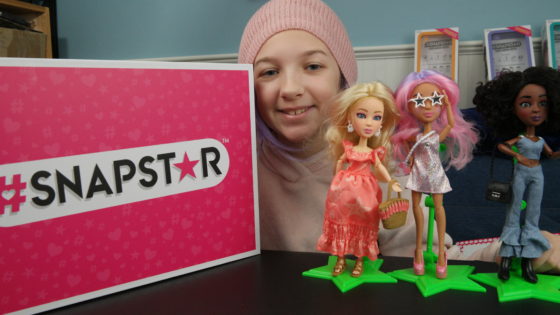 The folks at Yulu sent us their latest toys, the #SNAPSTAR Squad. This set of dolls come with fashion, accessories and even their own app and greenscreen. We received this for free and opinions are our own.

When we returned from New York Eva was so excited to finally get the chance to open up the mystery box from Yulu that contained some #SNAPSTAR dolls. She had been talking about it on the trip and was interested to see what the dolls could do. These dolls are new to the market and have some special offerings for kids who are interested in fashion and imaginative play. Each doll has a distinct personality and they are all friends. They are all also into social media and so they want to look good in all their photos. Each doll comes with several accessories as well as a green screen and a stand to help you pose the dolls easily. Each doll has many points of articulation including being able to bend their ankles which, as Eva pointed out, makes it possible to wear high heels properly. I would never had known that. She talks all about it in her unboxing video below.

END_OF_DOCUMENT_TOKEN_TO_BE_REPLACED 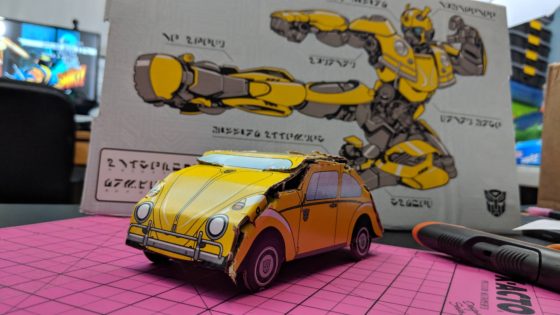 Each month Loot Crate sends me the latest crate to unbox and review. i enjoyed this crate because it was themed after the Bumblebee movie. I loved that movie and was happy to get some great pins for the movie. I am an Affiliate for Loot Crate and you can order Loot Crate through my link and use the promo code BENSPARK for a discount. http://bit.ly/BenSparkLC.

I actually made two videos for this Loot Crate Unboxing. The first one was a mess. I recorded it using my new Snoppa Atom 3-Axis gimbal. I thought this would be an awesome device but so far I have not been that impressed. You can see in the video below that I added some of the footage from my first attempt. When I first made my video I went to try and process it and the video was all sorts of cray choppy. I wanted to show that in the final video but it was no longer choppy but the sound was terrible. I’ve got to work more with this gimbal to make sure that it works as it should.

As far as the Loot Crate for this month I enjoyed what was inside. there was an Escape from New York Print. There was also supposed to be an eye-patch but it wasn’t ready in time. It will be send later. The t-shirt was awesome. It was for Dungeons & Dragons. There is also a statue from Fallout and also a pin from the Netflix show Lost in Space. Then the box itself was one that you could use to make a Bumblebee figure. I even made that.