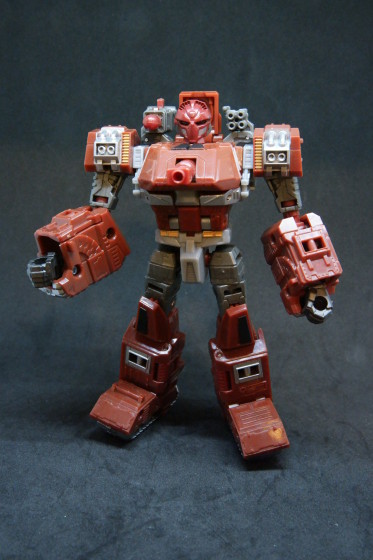 With the daily vlogs happening on a very regular basis I’ve decided that I will make a portion of the Tuesday vlogs Transformers Tuesdays. I have a bunch of Transformers figures still in the boxes and it is time to start opening them up. Last week I opened my Seargent Kup figure and this week it is Warpath from the Generations line. The Generations line was one of those lines that I tried to collect because it re-imagined so many of the characters that I loved from when I was growing up. The Warpath figure was pretty cool in this line. I had the minicon figure when I was little and seeing Warpath get the Generations treatment is awesome. Warpath was a bit of a silly character. He kept on blurting out all sorts of interjections like “Blam!” and “Zowee!”. Other than that silliness he was a pretty heroic character for his size.

I wonder which one I’ll open next week. More on the vlog.

I was at Walmart the other day and as luck would have it I had a gift card on me and I found four awesome Transformers Generations characters including Warpath, Sergeant Kup and Thundercracker. The character I’ve been really waiting for though has been Wheeljack. Wheeljack was the first Transformer that I ever got when I was a kid. I have that one and I have one of the original Wheeljack characters still in the box. I’m glad to now have this one as part of my collection.