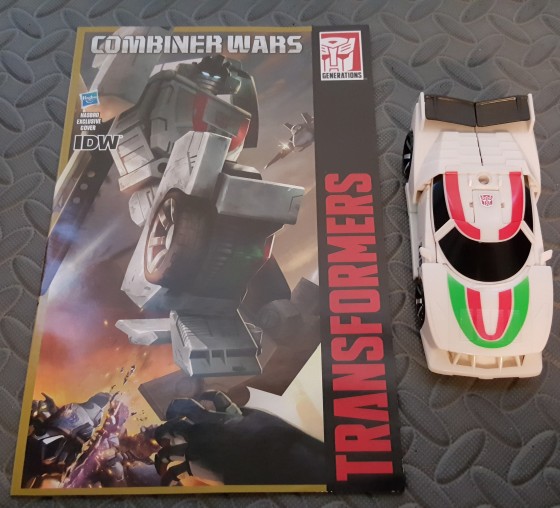 I got back to Transformers Tuesday today with an unboxing of a Transformer figure that I bought, Combiner Wars Wheeljack and two that I received as part of my involvement with the #PlayLikeHasbro program. I try and get every version of Wheeljack that is released including this one. This version looks most like the original G1 version of Wheeljack that was released in 1984 except that he is a part of a combiner.

The other two Transformers that I unbox today include a Robots in Disguise figure, Sideswipe and a Playskool Mr. Potato Head Transformers Mixable, Mashable Heroes as Bumblebee Robot. The Sideswipe one is a three-step changer that is incredibly easy to transformer and looks really nice, just like a character from the cartoon. We have a giant Bumblebee like this, too and some other ones from Robots in Disguise. I am really enjoying the cartoon and like the way the figures have been made.

The Bumblebee figure joins our Optimus Prime from the same Playskool line. All things Mr. Potato head is good with me. They did a really nice job making Bumblebee look not only like a Mr. Potato head but also part of the Robot Heroes line. 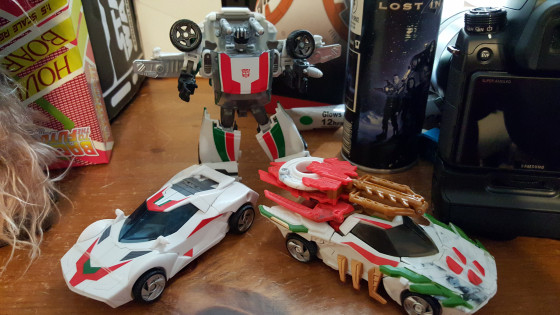 I recorded my third daily vlog this morning after a night of work, then Church and then breakfast with my family at my parents’ house. I’m a bit out of it and I totally forgot things like how one show made Wheeljack an Autobot Turncoat, how he was killed off in Transformers 3 and how he was killed in the comics, too. I am about a year or so behind in the comics so he probably has come back by now. But you can check out my video and below is the transcript of the vlog.