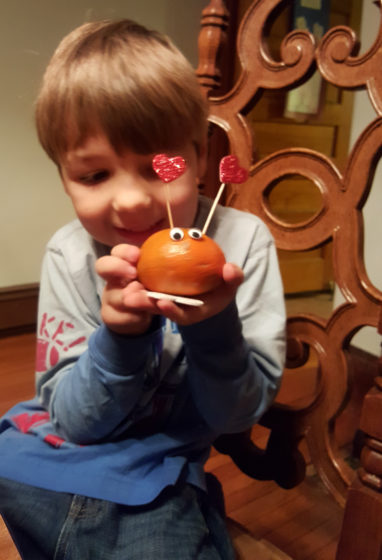 We received a fun container from Halos today. I am partnering with #HalosFun to spread Pure Goodness. They send along a fun little wooden bucket every once in a while and each one has a fun theme and some crafts to do. Andrew and Eva love the crafts that they can make with the Halos oranges. Andrew was excited to help me out with the video. He couldn’t wait to open the package. I bet he would have liked to toss around all that confetti from inside, too. But I put a kibosh on that immediately. He was a big fan of the cute Halos plush that was in the package. He took that around everywhere after the video was done. He wanted to take it away a few times during the video, too.

More of the Halos Creations can be found below. END_OF_DOCUMENT_TOKEN_TO_BE_REPLACED 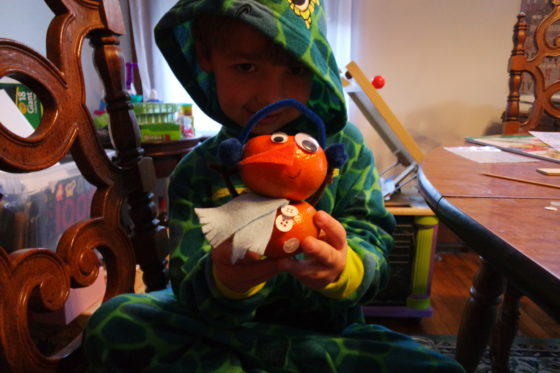 Today was Pajama day for Andrew at school. I told him about a week before that he could pick out some new pajamas. I wanted to bring him to pick them out but it just didn’t work out so instead I picked up two pairs, a Dinosaur/dragon one and a Spider-Man one. He got to choose which pair he really wanted. He decides on the dragon ones, I had gotten the slippers, too. And he decided to take a stuffed dragon to school. He has named it Dragtopia.

He wore the PJs all day long. When it was time for dinner he ended up spilling some water on himself and ran around the room upset that the PJs were wet and wanted to take them right off. He barely got any on himself but was not happy. At least he had his Spider-Man ones to change into, which he did before I left for work and he was very happy. I love that a new pair of PJs can make him so happy.

I am partnering with #HalosFun to spread Pure Goodness. We received some coupons from Halos and a gift basket with some arts and crafts. One of the suggestions was to make these Halos snowmen. Andrew wanted to craft so I directed him towards making a Halos Snowman. He did a nice job!