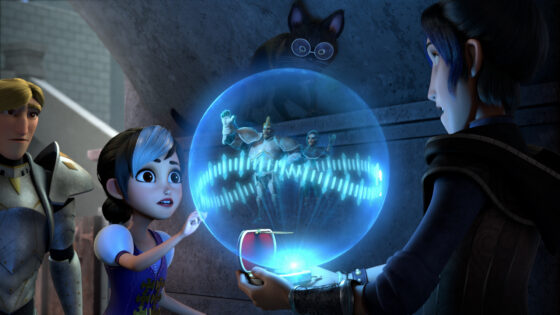 I am so excited to see the next series in the Tales of Arcadia series! In only a few short days we will have Tales of Arcadia: Wizards to watch on Netflix! This is the third in the trilogy of shows from Guillermo Del Toro. We have watched everything that has come before like Trollhunters and 3Below. These are some amazing shows with fantastic storytelling. Now in the final chapter we have wizards added and we will finally get some answers to why Arcadia is such a hotbed for strangeness.

Here is the official description of the series and the trailer.

Following Trollhunters and the second series 3Below, Wizards marks the final chapter in the trilogy that brings together the three disparate worlds of trolls, aliens and wizards. In the newest installment, wizard-in-training Douxie (Colin O’Donoghue) and the heroes of Arcadia embark on a time-bending adventure to medieval Camelot that leads to an apocalyptic battle for the control of magic that will determine the fate of these supernatural worlds that have now converged. 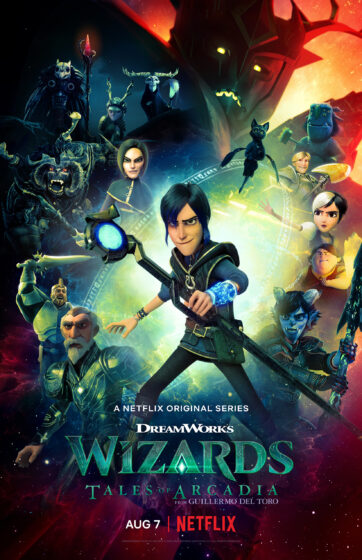 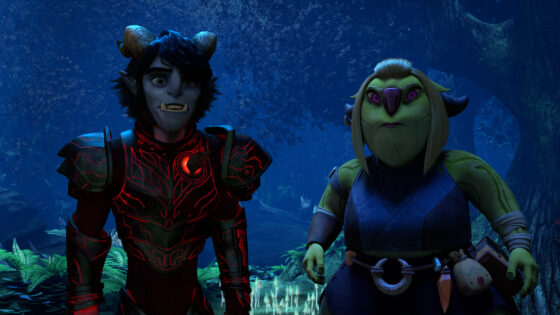 There will soon be a video game coming soon that has all of Arcadia in one! I cannot wait to play!

Later this year, fans can dive into an all-new story in DreamWorks Trollhunters Defenders of Arcadia, a brand new video game that takes place between the three distinct worlds of the Tales of Arcadia universe, and acts as a key narrative beat that unifies the trilogy. Featuring an all-star voice cast that includes the voice work from the show’s talent including Emile Hirsch, Charlie Saxton, Lexi Medrano and David Bradley, DreamWorks Trollhunters Defenders of Arcadia will launch September 25, 2020 on Nintendo Switch™, Playstation® 4, Xbox One and PC Digital.

ABOUT DREAMWORKS ANIMATION:
DreamWorks Animation is one of the world’s leading producers of high-quality, animated family programming, reaching consumers in more than 190 countries. Creating a diverse array of original content in a variety of formats and delivering deep, fully immersive worlds served up with compelling characters, the prolific studio has garnered 25 Emmy® Awards since inception in 2013 and is home to such beloved series as Spirit Riding Free, She-Ra and the Princesses of Power, Archibald’s Next Big Thing, Trolls: The Beat Goes On!, The Boss Baby: Back in Business, Kung Fu Panda: The Paws of Destiny, The Epic Tales of Captain Underpants, Dragons: Race to the Edge, All Hail King Julien, and the recently released Kipo and the Age of Wonderbeasts. DreamWorks is a division of the Universal Filmed Entertainment Group within NBCUniversal, a subsidiary of Comcast Corporation.