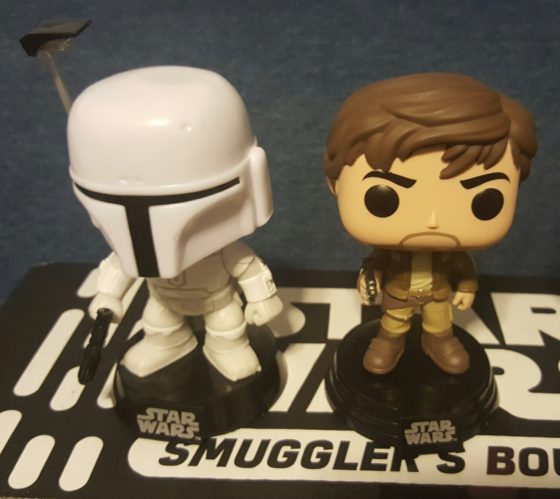 My Star Wars Funko Pop ! collection continues to grow. Yesterday I found the Target exclusive of Captain Cassian Andor. This figure contrasts with the standard figure in that Captain Andor has a more relaxed bit of clothing on. He’s wearing a bomber jacket rather than the blue uniform. He’s holding the pistol blaster in both figures. He has a rifle blaster in the Hot Topic Exclusive version.

The other figure that I unboxed was a Walgreens exclusive figure. It is a White Prototype Boba Fett figure. There is a really interesting story behind a White Boba Fett. It was something that I personally didn’t know much about until today.