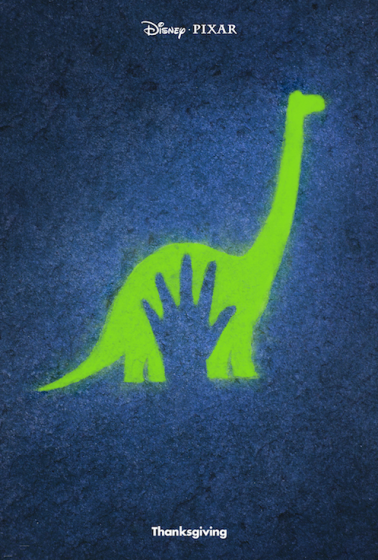 Three years ago I went to Pixar for Monsters University and when I was there I had the pleasure of meeting Peter Sohn the director of The Good Dinosaur. I think that is when I first heard about the movie, too. That was three years ago and at this point it feels like time has flown. I’m excited to see this movie and to take the kids when it comes out in November. You can read more about the movie after the trailer below.

THE GOOD DINOSAUR opens in theatres everywhere on November 25th!

“The Good Dinosaur” asks the question: What if the asteroid that forever changed life on Earth missed the planet completely and giant dinosaurs never became extinct? Pixar Animation Studios takes you on an epic journey into the world of dinosaurs where an Apatosaurus named Arlo makes an unlikely human friend. While traveling through a harsh and mysterious landscape, Arlo learns the power of confronting his fears and discovers what he is truly capable of.