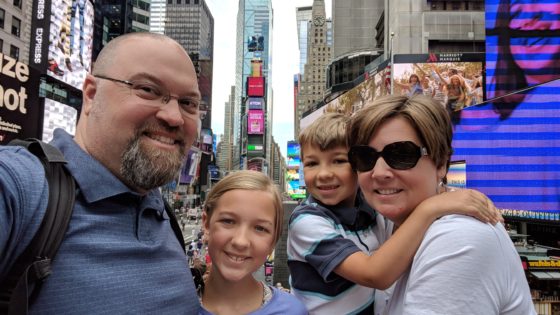 On our second day in New York we got up early at the hotel. Packed up and started walking up to where we would meet The Ride for a tour around the city. We were able to attend this as guests of The Family Video Network and The Toy Insider. We were very fortunate to be a part of this event. Our walk up to meet the bus had a couple of side trips. We stopped first at the Empire State Building and then a Starbucks and finally at Bryant Park to have a seat and look around. We walked to the front of the New York Public Library and even tried out the cleanest public bathrooms in the city. Then we hustled over to meet The Ride. 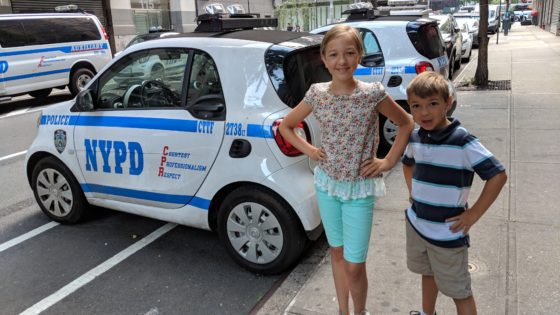 There were so many things that we saw in the city including these little Smart Cars that the police use to enforce parking and other traffic violations. The kids got a kick out of being larger than the cars themselves. 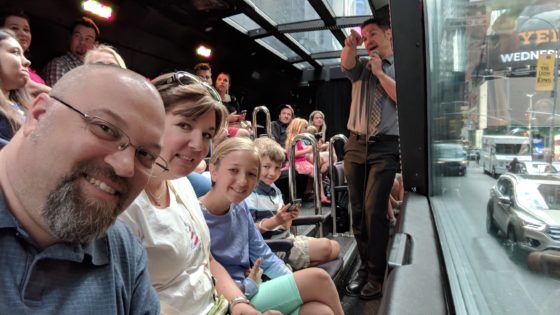 So, what we went on was not actually The Ride. Rather it was called The Tour by The Ride. We were in the same buses as The Ride but instead of an interactive and entertainment based trip around the city this one was more focused on the history. It was nice to switch things up from last year and the kids got a huge kick out of it. Andrew even got to tell a couple of jokes on the PA system.He loved that. He also loved that we could sit and see the whole city and he didn’t have to walk. Our tour guide was fantastic. He was so lively and fun. 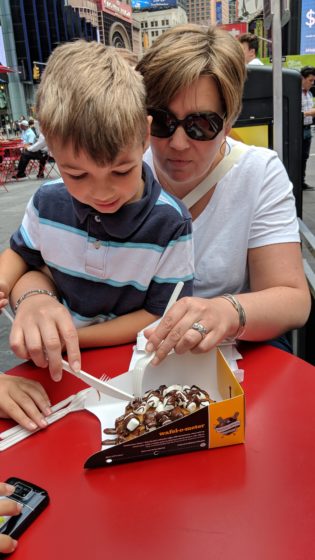 After The Ride we had some time to kill before lunch at The Hard Rock Cafe in Times Square. So, we opted for a little snack of a Belgian waffle with cookie butter, chocolate and marshmallow, a S’mores Waffle and it was delicious! Andrew wolfed down most of it. I tried to be good. Then we checked out the Disney store where the kids and Allison got some new tshirts. I held off because I am headed to a Disney press tour at the end of the month and will probably buy something from the Disney Company Store if we visit the campus. We most likely will. 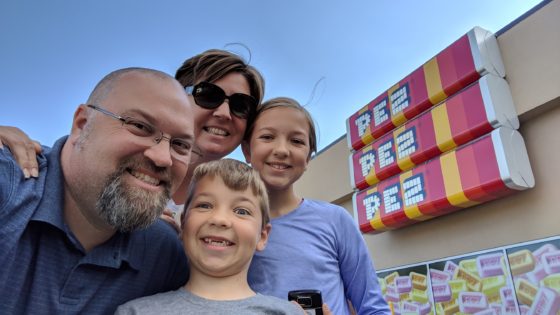 After lunch at the Hard Rock we walked back down to the hotel to get our suitcase and then picked up the car to head home. We had a long ride because of construction on the Merritt Parkway but were able to hold out and then make a stop in Orange, CT to visit the Pez Visitor Center. I had wanted to go there for a long time and we finally got the chance. The tour is self guided and a lot of fun. We learned so much history about the Pez candy. We also did a scavenger hunt around the place to win a special Pez to bring home. Each one of us picked out our very own Pez and I also picked up the Pez Boy special set that you can only get at the visitor center. I also picked up an enamel pin because I like to collecto those form places that we have been. 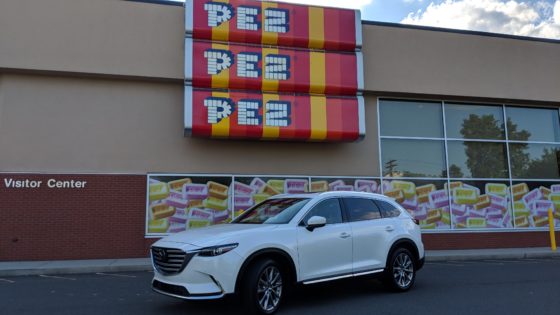 Our ride home after our stop at the Pez Visitor Center was pretty uneventful. We had dinner before we got back on the road and ended up home a little before 10pm. Andrew fell asleep about a half hour from home and he was right out. Eva was close but she never sleeps in the car. I did enjoy driving that Mazda CX9 from Mazda on our trip. The ride was really comfortable and enjoyable, even in traffic. I like that I had push button controls all over the seat and steering wheel. I could adjust my comfort and the music easily.