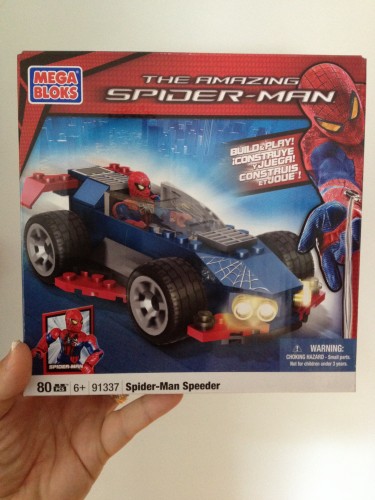 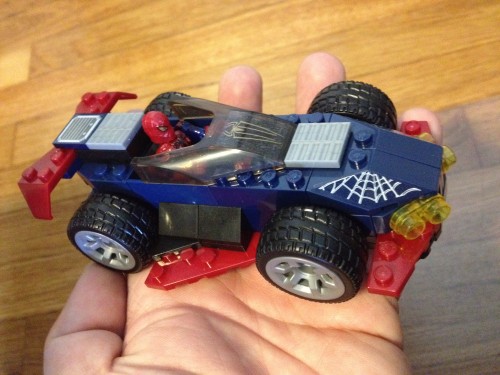 The first set that we built was the Spider-Man speeder. as far as a race car goes this is a pretty decent looking one. The Spider-Man figure that comes with it is nice and is very pose-able. There were a few flaws in that the windshield cannot be secured very well and any amount of play, whether it be gentle or rough will cause the player to continuously need to put the windshield back on. The look of the racer works for me and the build was simple but took in some more complex skills like sideways building which was fun. 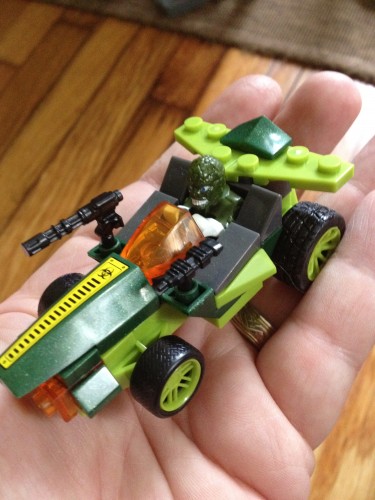 The second set I built was the Lizard Racer. This was a very simple build and did not include a full pose-able figure but instead it had a small head and shoulders of the figure, the lizard. The thing about this racer was that it was key activated. You put a key into the back of the racer and push a button and it spring releases to shoot the racer across the floor. The spring was pretty powerful and so the racer rolls along for a good distance. I can see this as something fun for kids to play with. 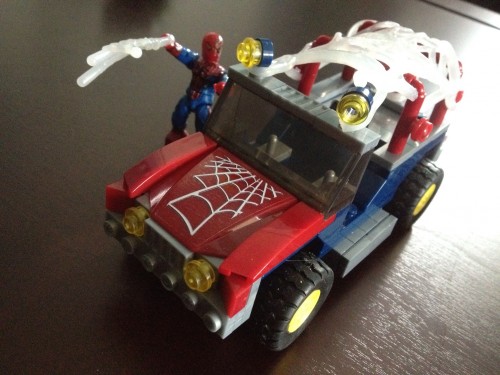 The Bridge Showdown set came with two build-able vehicles, the Lizard Attack Walker and the Spider-Man Jeep. Both vehicles were good builds but the flexible webbing on the jeep broke after one use. This set comes with to pose-able figures which are pretty nice overall and the vehicles were fun to play with, they just have nothing at all to do with the movie. 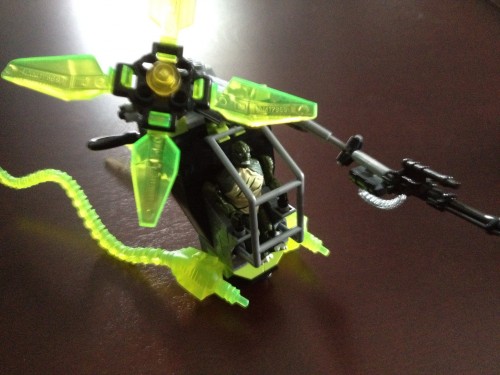 While having characters in character themed vehicles is fun it sort of took me out of it because as an adult I would rather see playsets where I could recreate the movie instead I was wondering who built these vehicles for the characters. It is not like the Lizard is going to build a vehicle and when he is Dr. Curt Connors he wouldn’t be building attack vehicles for his unfortunate alter ego. I looked at the Mega Bloks website, which was recently revamped and saw that there are some more playsets and some of them are more along the lines of sets from the movie like the Sewer Lab Ambush and the Oscorp Spider Lab and Oscorp Tower Battle. Eva didn’t care that Spider-Man and the Lizard don’t use vehicles, she enjoyed them and liked being able to play with them. She used her imagination and came up with stories. She asked me many questions about the characters. In the end that is what toys are all about, having kids use their imaginations. 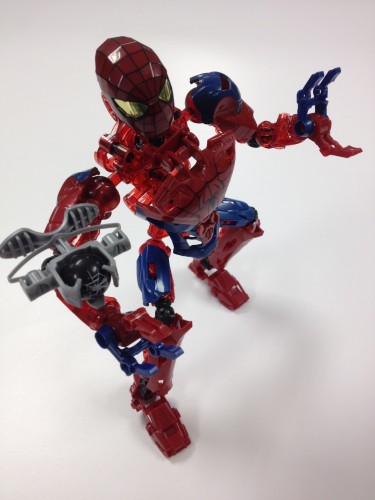 The set that I liked the most was the Spider-Man Techbot. The bot stands close to a foot tall and has great colors and tons of points of movement. You can pose Spider-Man all over the place and you can even shoot a web. Well, it is not really a web it is a ball with a web on it but you can pretend it is a web. This was a simple set to put together and it looks really nice, too.

Disclosure: I received the four sets to play with and to review. Opinions about them are 100% my own.