I was sent a MEGA Bloks Skylanders Swap Force Sharpfin’s Jet Boat toy to play with and review. Opinions are 100% my own.

I continue to be impressed with how well MEGA Bloks does at turning vehicles in Skylanders games into playable construction sets in their line of toys. One vehicle that is my favorite from Swap Force is Sharpfin’s Jet Boat. This is an incredibly fast vehicle that is owned by Sharpfin from Motleyville. Through the course of the game you seek out Sharpfin and rescue him and he helps out with rides in this jet boat. This is a flying machine and is way faster than Flynn’s Rescue Ship. 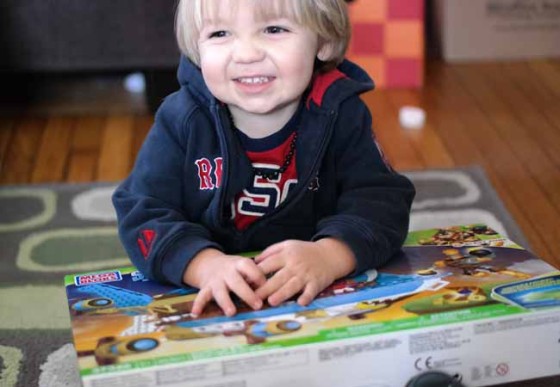 My son has started enjoying paying with construction toys. He’s got larger MEGA Bloks for toddlers but he has some decent dexterity in his hands so I occasionally let him play with the regular sized MEGA Bloks. He was going to help me build this set but it proved to take way longer than his attention span could handle. He’s not the target audience for this toy anyway. 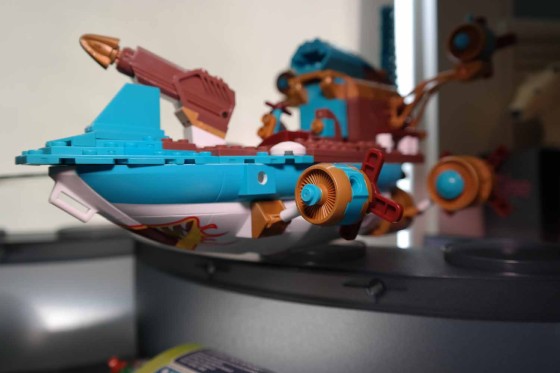 Sharpfin’s Jet Boat is an impressive build. You have six engines and they all mount slightly differently and are of varying sizes. There is also a missile launcher and a multi-directional rudder. You can also find different compartments and hiding spaces on the boat. The set comes with two evilized Greebles and Swap Force character Blast Zone. The only thing that would have made this set absolutely perfect would have been a Sharpfin figure. 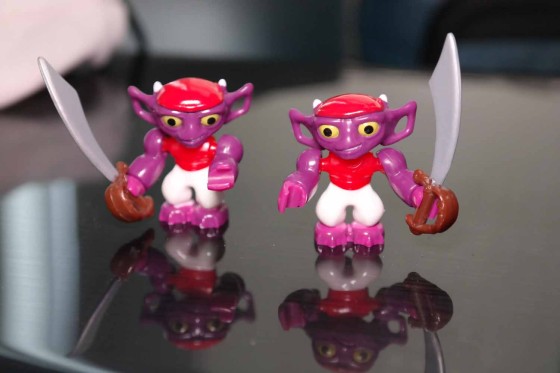 The evilized Greebles are new enemies for Skylanders Swap Force. They were simply mischievous characters until Kaos evilized them with the Petrified Darkness crystal. Once that happened they became much harder to contend with. The figures are well done. Each figure comes with a saber and they can move their heads, shoulders and rotate hands. They cannot move their feet and legs at all. 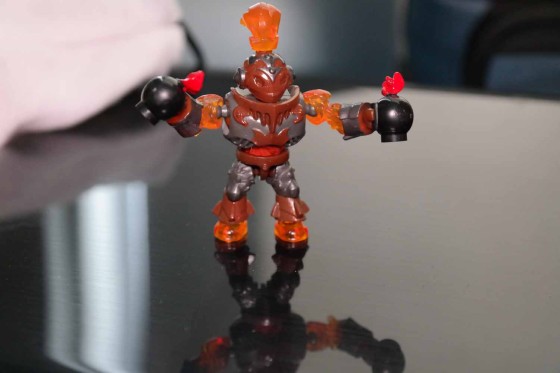 The Blast Zone figure looks like what he is, a living fire knight. The figure can swivel his head, more his hands and arms, swivel at the midsection and also he can move his legs and ankles. There are additional accessories for Blast zone including bombs that he can hold because one of his powers is to fling bombs. There are also translucent orange spacers and flames to show his ability to fly on rocket propelled boots.

And Blast Zone can also Swap with other Swappable characters like Grilla Drilla.