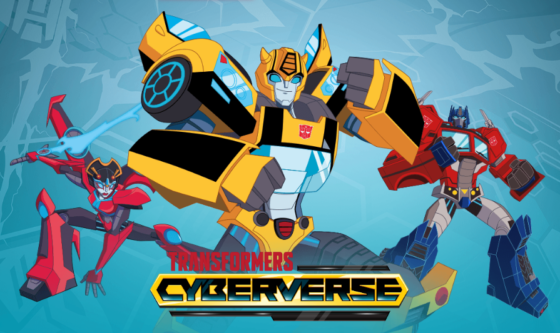 The show to replace Transformers: Robots in Disguise will be Transformers: Cyberverse. I’m hoping that this series will be more about the bots and less about any interactions with humans. So far I’ve seen no images of humans at all. That will be interesting to see. I’m excited about the designs of the characters, there is a huge G1 influence happening and I do like that Bumblebee is the main character, too. Pairing him with Windblade is cool, too. However, I really wish that they still had Will Friedle as Bumblebee and Constance Zimmer as Windblade. I will always have a place in my heart for Will Friedle as Bumblbe because after having years of Bumblebee being unable to talk (stupid thing on Michael Bay’s part) the first words uttered from Friedle’s Bumblebee sent chills down my spine and made me so happy!

That being said I am certainly going to give these new actors a chance. I’m also interested to see how the 11 minute format is going to work. I don’t know if I can wait weeks for 11 minute episodes. I;m now so used to whole seasons coming out at once. Check out the trailer below because it looks fantastic!

Here are the details about the show:

Bumblebee is on a critical mission where lives are at stake… only, he can’t remember what it is! It’s a good thing his best friend Windblade has found him to help repair his damaged memory chips. With each recovered memory, Bumblebee rediscovers his past adventures on Cybertron before coming to Earth. As each memory is repaired, another clue comes to light that will lead them both to complete their shared mission to save their friends and Earth… however, the Decepticons are hot on their heels and time is running out.

Episode 1 will appear on the CN app on Monday, 8/27 (then weekly on Fridays starting with Episode 2, throughout).