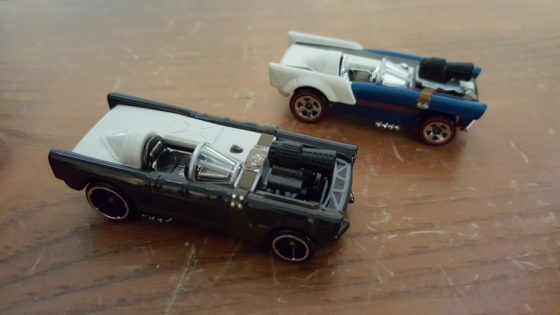 I picked up some Star Wars Hot Wheels cars the other day and with them I found Old Han Solo, or rather the Han Solo from The Force Awakens. This new vehicle looks very similar to the old one except for many changes that have occured which I point out in the video below. The Old Han Solo car is actually a different mold than the Young Han Solo. At first glance they look the same but there are differences.

I also got a few other characters, some from The Force Awakens, some from the prequels and some from the Clone Wars and the original trilogy. There is still an Old Chewbacca version out there but I am not sure if there is much difference from the younger Chewbacca car that I already have. I guess I’ll have to pick it up to confirm.